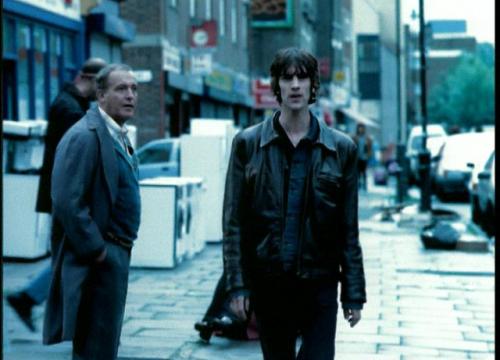 Continued from part one, here's some more songs that aren't just one-hit wonders for their performers, but intriguing stories behind them as well. When we say "one-hit", of course, we mean as far as the US Billboard charts go. Even so, we're all that more fascinated when it applies to any chart in the world.

This anti-suicide ballad song deserves to be better known than it is, even by today's standards. Check it out:

With the vocal power of a thunderstorm, Kix should have gone on to fame based on lead singer Steve Whiteman's talent alone. And the rest of Kix were a pretty solid cast as well. They even charted some more modest numbers on the US Rock tracks, but this was their only appearance above 40 on the Billboard. A number of vague forces conspired to hold Kix back: (1) The world was literally saturated with hair/glam metal bands right at their peak; they would rain from the sky. (2) Grunge was waiting around the corner to kill metal. (3) This is a very serious, slow ballad song, from a band who was otherwise known for their lighter fare.

You really can't say much more about this group than that. Here they are on The Midnight Special, a show we all miss so bad it hurts:

According to interviews, they made the song mostly as a lark, and couldn't have cared a fickle or a fig if they'd never charted. Despite this, the song has had enduring pop culture influence, popping back up in commercials, sports specials, and TV show themes well into the 2000s. The thing that gives the song its staying power is how much it stands out from the crowd, similar to Iron Butterfly's "In A Gadda Da Vida."

Reason: We're just as baffled as you!

The single "Crush" went to world-wide hit status, hitting single-digit chart numbers in most of the industrialized world. It was certified 2x Platinum in Australia, Gold in the US, and Silver in the UK and France. "Crush" got her an audience with the Pope and Prince Albert of Monaco. And then, she continued to release singles throughout the turn of the century into 2002, from two albums, and scored... dooly-squat. Hasn't had anything close to a hit since, though she hits close to Velvet Underground numbers here and there. What happened? Enigmatically, her personal website, in the 'bio' tab, seems to blame the US 9/11 disaster for her disappearance from the spotlight. It also seems to suggest that she turned to film soundtrack and voice-over work in favor of her own music. Still, for somebody who seems absolutely born to be a top-charting artist on today's scene about equal to Katy Perry, her absence from the airwaves is a mystery. We suspect foul play, possibly an ancient conspiracy.

While they continue to record, tour, and occasionally chart here and there around the world, the scandal of the lawsuit for plagiarism brought by The Rolling Stones, plus their subsequent garnishment of all royalties, soured their name forever as far as US audiences were concerned. That and being inextricably ingrained with the teen-trash film Cruel Intentions. The Verve hung it up after 2000, but reunited back in 2007 and have appeared to meander on mostly unhurt (though with some shoulder padding from all those people crashing into them on the sidewalk).

Reason: Too altie for the mainstream.

Let's face it, "Mmm Mmm Mmm Mmm" is an almost un-Google-able title. Was it "Mm Mm" or "Mmmm Mmmm"? Wait, wasn't it called "Once There Was A Boy Who"? Add to that that the band went through some disputes with their label and left, formed their own indie label, and lead vocalist Brad Roberts suffered a near-fatal car crash in 2000, and you have a recipe for a band that was lucky to have ever charted at all.