Halo Effect: Why gaming soundtracks are the new music 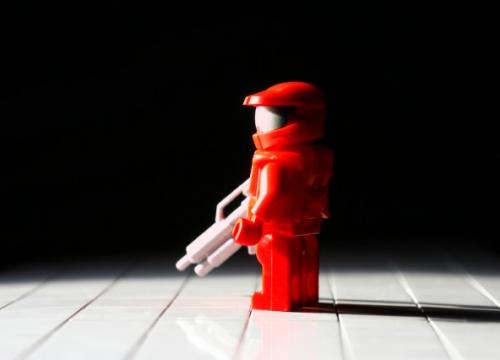 Long gone are the digital bleeps and pops that used to pass for sound bytes when we played Frogger on Atari. Sure, the Commodore 64 introduced ‘real’ music to the world of home computer games thanks to its in-built SID synthesizer, but that’s like comparing a mouth organ with an orchestra. Developed for the addition of digital quality sound to games, first generation soundcards were slow to be improved for music and audiophiles.

According to figures published in 2010, the videogame industry is estimated to be worth around $105 billion worldwide. Although the bulk of those profits go to the developers and publishers – let’s face it, the industry isn’t terribly well known for nurturing its talent! - the soundtracks of games like Gears of War or Assassins Creed have spawned their own revenue streams as canny marketers spotted the opportunity to use music as a way to create an emotional connection with the specific game in question. Music = emotion = money.

It’s sparking interesting collaborations. Early examples include Way of the Warrior, the game developed by Naughty Dog in the mid 1990’s. The score consisted mainly of White Zombie tracks from the album La Sexorcisto: Devil Music, Vol. 1. Not bad for a death-eating metal band! And the music used to promote the Gears of War release last year – Devotchka’s , ‘How it ends’ brought an Denver Indie band to the attention of fans who wouldn’t otherwise have known about them. Honestly, hard-core gamers were crying into their hankies with this one!

Other famous names are also getting in on the act. Not sufficiently happy with writing the soundtrack for Quake, Trent Reznor (he of the Nine Inch Nails) just won an Oscar for ‘The Social Network’. Ok, it’s a film soundtrack not a video game, but I think this points to an interesting cross-over between the world of music and the world of film. Besides, cut-scenes are a bit like mini-movies anyway!

And it’s not just the musical heavy-weights who are benefitting. This trend is driving new creativity as unknown musicians get profile by creating soundtracks for independent developers. You’ve only got to listen to the catchy ‘Alice is Dead’ by Hania Lee (as featured on Impending Riot’s Flash game ‘Alice is Dead3’) to know that this girl can sing! Anyone who writes lyrics like:

...is talented. Really talented. She makes the song sound jazzy and appealing at the same time as making you wish you could end it all. Oh, and the game’s not bad either...