Invasion Of The Song From Mars - Songs About Outer Space 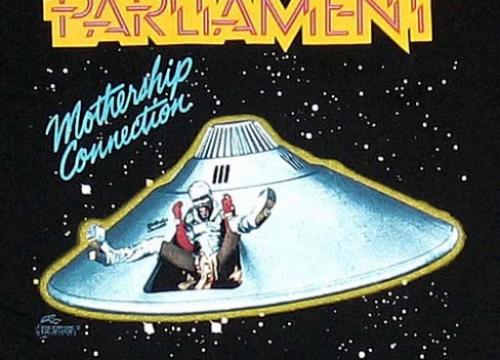 There's just enough songs about space travel to make the soundtrack for one good sci-fi movie. And as soon as some Hollywood executive out there realizes that (together with the new-found enthusiasm triggered by the SpaceX and NASA'a Curiosity programs), we're going to sit through this movie whether it has a plot or not. So set a course for the rim of the galaxy, warp factor four, and engage!

These three songs get grouped together because they're all the same story! Bowie was the first with the "Major Tom" character, an astronaut who misses his wife and is crying out against the lonely reaches of space. Bowie himself would revisit the character with the song "Hallo Spaceboy". Then Schilling and John each came along after the fact and wrote answer songs. Major Tom could get a whole album filled at this rate. Also, we're going to skim over the rest of Bowie's work - The Man Who Fell to Earth, The Rise and Fall of Ziggy Stardust and Spiders from Mars - and just sum it up that Bowie has basically made an entire career out of this.

Certainly a song that deserves to be one of their better-known works, Deep Purple make space sound like one awesome party. Not much substance here, and the lyrics are definitely their most repetitive work, but who cares when it's this much fun?

The Mouse gives their own quirky indie take on space travel, where a woman wins a ticket to ride on a rocket to a distant galaxy, only to go insane with the isolation when it turns out that they're sending her at plain old Einstein speed.

Not many fans seem to catch this, but the song describes the characters first as angels, then as aliens: "I thought that they were angels, but to my surprise, we climbed aboard their starship, we headed for the skies."

Funkadelic and George Clinton is another artist who, like Bowie, almost made a career out of a musical science fiction mythology. The cover art shows a lightning-bolt-bedecked flying saucer, and the songs all range to "Unfunky UFO" and a pimped-out spaceship shaped like a Cadillac. It even makes a connection with the gospel "sweet chariot". (By the way, ever read The Spaceships of Ezekiel for another Bible-space connection?)

Obscure to anyone who isn't a Monty Python or Dr. Demento fan. Space-themed novelty songs are actually quite common.

Look, there's another one! This comedy novelty hit has a hilarious clay-mation video, and is of course all about the original crew of the most famous fictional spacecraft of all from the Star Trek franchise.

And for an extra bonus buck, free jazz artist Sun Ra did a whole short musical called Space is the Place, reviewed here.