Just How Crazy Can Copyright Laws Get? 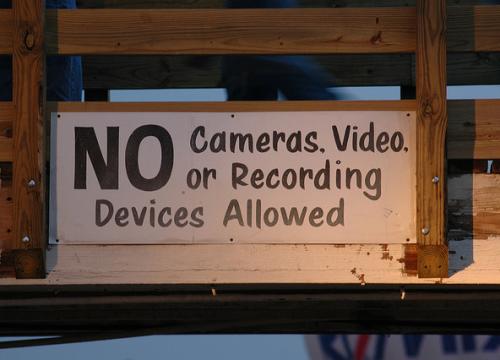 Anybody who is a music fan should know about the organization "Fight for the Future". They're an advocacy group for fighting against Draconian intellectual property laws and practices.

One of the most recent of their campaigns is the half-jokingly named "Free Bieber" campaign. The bill is S. 978, which would make it a crime to simply post a YouTube video of yourself singing a copyrighted song. Period! And the proposed penalty is five years. The Bieber angle comes from Justin Bieber having done just this before he was famous.

The law represents a linchpin in American law and civil rights. Merely singing a song is very, very close to free speech. What if you're singing as part of a protest and somebody films it? What if you just absentmindedly whistle a tune without thinking about it? What if your phone goes off and plays a ringtone while you're making a video for something else entirely? You may think this is ridiculous speculation, but don't laugh too hard: intellectual property laws have so far been pushed to just such ridiculous extremes in the 20th-century.

On a similar front, there's also the E-Parasites Act, which is actually an acronym we were too lazy to capitalize, and also boils down to "stopping online piracy" via making the United States one Iron Firewall island. This has even more tragic implications - we criticize China for being a closed, secretive society, but what do you think will happen to the United States when the government can close out access to international websites?

You may think that there's a big fuss being raised about this, but on the contrary, there isn't nearly enough fuss.