Lord of the Sings - Songs and Bands Paying Tribute To J.R.R. Tolkien 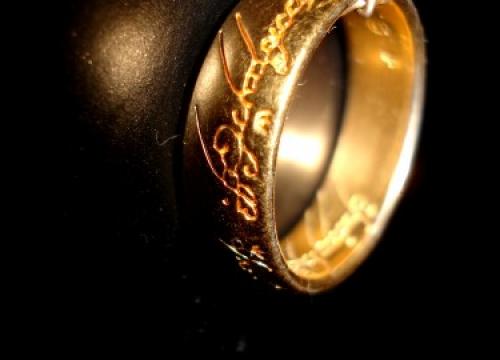 With The Hobbit finally in production, with Peter Jackson confidently at the helm directing in New Zealand, the Lord of the Rings fiction franchise is back in the news. But how to describe the whole universe of Middle Earth to people who aren't fantasy fans? Many people don't realize it, but Tolkien basically invented what we now recognize as high fantasy fiction. Anything with trolls, dragons, wizards, elves, and various proto-European wee folk scampering around in enchanted forests owes Tolkien a debt. And surprisingly enough, there's a huge crossover between Hobbit-fantasy fans and many of the most popular genres of music today.

So here's a little list to the doors to Rivendell found in the works of some high-profile bands. If you've ever been lost and confused by the meaning of a song that babbles about rings and gollems, you just might find the explanation here.

Led Zeppelin - Their songs "The Battle of Evermore," "Misty Mountain Hop," "Bron-Y-Aur Stomp," and "Ramble On" are all inspired by Tolkien's work. Robert Plant was such a huge Tolkien fan that he even named his dog 'Aragorn' after the character.

Blind Guardian - A German metal band that's been kicking around since the 1980s. They've gone so far as to release an entire concept album, Nightfall in Middle-Earth, which is based on Tolkien's The Silmarillion.

Megadeth - Their song "This Day We Fight!" is based on the speech the character Aragorn gives at the gates of Mordor in The Return of the King.

Enya - Composed the song "May It Be" directly for the first Peter Jackson Rings installment Fellowship of the Ring.

Summoning - An Austrian black metal band which makes extensive use of the Middle Earth universe. They even go so far as to simply take lyrics from Tolkien's poems, set them to music, and credit him as a songwriter right on the album. Plus their whole discography features songs named after places and events in the Rings trilogy.

And here, we'll leave off mentioning all of the bands which named themselves after Middle Earth places, characters, etc. Most of them don't qualify as world-famous popular - with the possible exception of Hobbit, a Texas band.

Leonard Nimoy - Hey, don't forget his song "The Ballad of Bilbo Baggins" from his second album Two Sides of Leonard Nimoy. And by the way, happy 80th birthday, Mr. Nimoy! For more about the singing careers of Star Trek characters, see Red Alert.