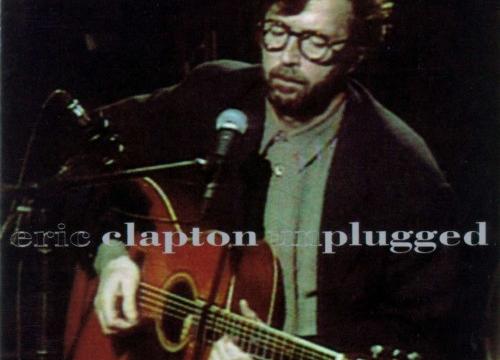 Musicians are people too, and, like all artists, when they have a real-life event that impacts them, they find a kind of catharsis or release in expressing it in their artwork. Sometimes that results in a very heavy tune, and other times it ends up being light-hearted fun that generations of fans play without ever knowing the story behind it. Here's some random examples of when real life writes the lyrics:

"All My Love" - Led Zeppelin

The event was the death of Robert Plant's son, Karac Pendragon, who died from a virus infection. This tragedy led Led Zeppelin to cut short their 1977 tour. Plant did the vocals in one take, putting his whole soul into it, as always.

An even more famous mourning song, this was Clapton's way of mourning his four-year-old son Conor, who fell out of the window of a 53rd-story window in New York in 1991. Clapton retired the song from his live shows after four years, saying that he no longer wished to perform it, even though it was one of his most famous songs.

We could just about write a book on the songs that covered this event, but this was probably the most notable song about the shooting of unarmed college students by members of the Ohio National Guard on Monday, May 4, 1970, now known as "the Kent State shootings". Lest we are tempted to trivialize the event based on the body count, the National Guard fired 67 rounds into a crowd of unarmed students, wounding another nine students including one who remained paralyzed for life. The students were protesting Nixon's invasion of Cambodia.

"For What It's Worth" - Buffalo Springfield

Neil Young and Stephen Stills just about made a career out of songs about civil unrest; along with the above song, "For What It's Worth" is about minor riots breaking out on the Sunset Strip in Los Angeles, California, in 1967, which foreshadowed the Kent State shootings and the growing civil unrest between American youth and American politicians - by the way, do you need us to tell you that it's just as relevant this minute as it was in 1967?

California is one place that was just riddled with riots in the 1960s, and this time Frank Zappa and the Mothers of Invention documented the Watts, California, riots of 1965. That was the most severe riot in Los Angeles history until the 1992 Rodney King riots, by the way. In the Watts riots, 34 people were killed and over a thousand injured. Zappa's song captures the all-encompassing theme of racial conflict, as well as the overlying media circus that both fed upon and made a spectacle of the event.

"Smoke on the Water" - Deep Purple

Aaaaaand, Frank Zappa neatly brings us to our last song, in which Deep Purple writes about him! This is perhaps one of the most famous songs about a real-life event - certainly it's considered Deep Purple's signature song. You don't need us to tell you the story about how "some stupid with a flare gun" set off pandemonium and fire at a concert in Montreux, Switzerland in 1971, do you?