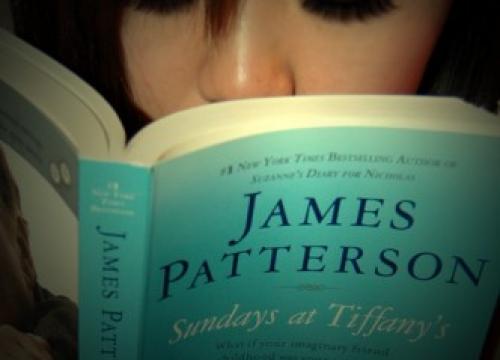 "That'd be a good name for a band!" It's such a common saying, it's almost a cliche. Dave Barry was the first humor writer to suggest outlandish phrases could be re-purposed for band names. But it's especially interesting when bands take their inspiration from literature, since you wouldn't expect that when the author was composing his work, someday a band would extend his literary personality with a musical accompaniment.

Note: We're not including bands which picked random words out of the dictionary, phone book, etc. Just literary works.

Alice in Chains - The "Alice" part is the protagonist of Lewis Carroll's Alice's Adventures in Wonderland.

Art of Noise - Named after Luigi Russolo's 1916 manifesto The Art of Noises, considered today to be an influential text on music aesthetics. So you know, they did their homework.

As I Lay Dying - From the William Faulkner novel of the same name.

Belle & Sebastian - A translation of the title of Cecile Aubry's children's book Belle et Sebastien, about a boy and his dog in a village in the French Alps. The book has also spawned a French TV series and an anime series.

The Doors - Aldous Huxley's book The Doors of Perception provides the inspiration. Aldous Huxley is better-known as the author of Brave New World, the alternative dystopian novel to Orwell's 1984.

Heaven 17 - From the Anthony Burgess novel A Clockwork Orange, where a fictional band by this name is mentioned by a minor character (one of the women Alex dates) in the record store scene. Also interesting to music scholars, Stanley Kubrick wanted to use Pink Floyd's album Atom Heart Mother as the soundtrack for the film he made based on the book, but Pink Floyd turned him down. So the album is visible in the shot of the record store's music shelves instead.

Joy Division - The House of Dolls is a 1955 novella by Yehiel De-Nur (also known as "Ka-tzetnik 135633"), who was a Holocaust prisoner. The novella is about Nazi soldiers at concentration camps keeping Jewish women as concubines, and that group is referred to as "Joy Division."

Marillion - A shortened form of "Silmarillion," from J.R.R. Tolkien's novel The Silmarillion. They changed it just enough to avoid copyright concerns.

Modest Mouse - From a phrase found in Virginia Woolf's short story The Mark on the Wall, referring to "modest, mouse-colored people." Woolf frequently used a stream-of-consciousness writing style which produced poetic phrases like this, even if they weren't quite lucid.

Opeth - A slight change from "Opet," a fictional city in the Wilbur Smith novel Sunbird. Given that Opeth is a progressive metal band, it's not surprising that they would have some obscure literary reference as their name.

Shai Hulud - Named after the Arrakis "sand worms" from Frank Herbert's Dune series. J.R.R. Tolkien and Frank Herbert account for about half of the literary references in music, particularly heavy metal.

Stryper - It's an acronym for the phrase "Salvation through redemption, yielding peace, encouragement, and righteousness" from Isaiah 53:5 of the King James Bible. Stryper is a Christian glam-rock band, and they don't care who thinks that's ridiculous.