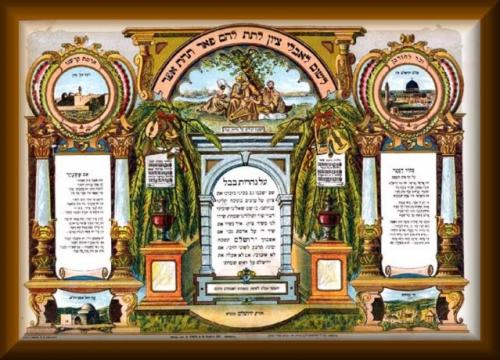 "Babylon" is a name with heavy historic significance, and even heavier significance in myth and legend. There's the skiffy show Babylon 5, Kenneth Anger's sordid gossip book Hollywood Babylon, and uncountable scriptural references, not the least of which "the whore of Babylon" being a cultural shorthand for a destructive woman. And let us not forget the "Tower of Babel", forever the symbol of global language diversity.

Babylon is also one of the most continuously inhabited places in human history, going back to Mesopotamia (where both the wheel and handwriting were invented). Nestled between the Tigris and Euphrates rivers, it is regarded as the "cradle of civilization" and is also currently within a country we know today as Iraq... which has no shortage of generating news lately! So you see that the area still gets people fired up.

"Rivers of Babylon" was first recorded by The Melodians, a reggae group from Kingston, Jamaica. It was released on their album Nightflight to Venus. Here it is for your YouTubein' pleasure:

It should come as no surprise that the lyrics and premise come directly from the Bible, specifically the Old Testament book of Psalms, both Psalm 19 and 137. Psalm 19 gives the line "Let the words of my mouth, and the meditation of my heart, be acceptable in thy sight, O Lord, my strength, and my redeemer." This was a kind of closing phrase frequently appended to Psalms (literally "songs" or poetry) as a kind of closing "amen". But the rest of the lyrics, from Psalm 137, take some more explaining.

In the first place, who's "King Alpha"? That isn't how the Melodians originally phrased it (they used the traditional "the Lord"), but subsequent covers by Boney M. and Sublime changed it to this. King Alpha and Queen Omega are - so to speak - the Rastafarian concept of a dual God. This page explains it too well to rehash here.

In addition, Rastafarian faith frequently refers to any oppressive authority figure as "Babylonians", the same way the British would say "Big Brother". The original Psalm 137 was a song of lament for the children of Israel being invaded and captured by the Babylonians. That's just the first four verses - the remainder of the Psalm gets into some pretty bloody Old Testament oaths of vengeance. "Happy shall he be, that taketh and dasheth thy little ones against the stones" rates right up there with anything Samuel Jackson said in Pulp Fiction when it comes to ominous scripture.

Now to explain some of the action. Babylonians come and invade and conquer, carrying away Israelites in captivity. And apparently the captors mocked the captives, jeering at them to sing one of their songs. Perhaps they were daring them to pray to the Hebrew God? Perhaps testing this deity to see if He was all that high and mighty? Or just using the prisoners for some cheap entertainment? The motives of many bit players of scripture are cloaked in such mystery.

Anyway, not bad legs for a nice little pop-reggae song, is it?