Ten Years After 9/11: A Look At Clear Channel's 2001 Memorandum of Questionable Songs 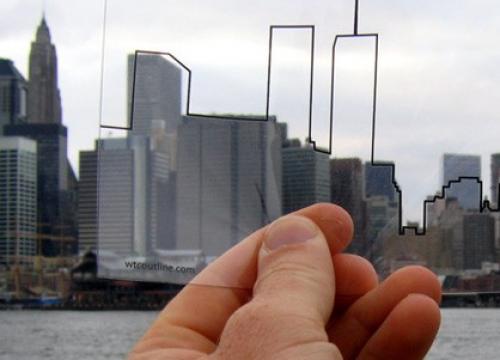 It is now obvious that the September 11th, 2001, al-Qaeda attacks on New York and Washington shook the United States to its foundations. For those who recall the time immediately after, you'll remember that nerves were easily rattled and a sense of humor was in short supply. Media self-censorship was rampant, in television, print, the Internet, and radio. Amongst all of the frenzy going on in the news for the rest of 2001, many of you might have missed the controversy over Clear Channel.

Clear Channel Communications sent out a memo shortly afterward to the 1200 radio stations they controlled at the time. The memo consisted of a long list of songs that Clear Channel had deemed to be "questionable" and wanted to discourage from being played. What motivated such a suggestion remains a mystery - were these supposed to be songs which would be insensitive to families of the attacks' victims, or songs which would provoke people to become more stirred up when everybody wanted to settle down?

Since 2001 was still the pioneer days of the Internet (well, compared to today), original sources for this story are hard to come by. Here's an article with the list at Slate.com. As Slate's writer (and many others) point out, the songs on the list make little to no sense.

Another mystery is what, exactly, this list was supposed to be. Clear Channel executives wasted no time in hysterically screaming one denial after another as soon as the list was published - List? What list? Sorry, don't know what you're talking about. Oooooh, that list. Well, it's not really banned songs, it's songs suggested to be banned, and it doesn't reflect Clear Channel official policy, it was made by station managers themselves, and that would be the case even if the list did exist. Which it doesn't. You never saw this.

Snopes.com, another outpost to survive from the 2001 days, has a more complete list of the songs in question... along with labeling the story "false", in defiance of confirming in the body of the article that (a) there was a list, (b) it was emailed amongst Clear Channel radio stations, (c) it had songs on it, (d) the songs were questionable. Where's the false part?

Which kind of makes you wonder what the big deal was. There were films around that time which were cut or edited, most notably because they involved the World Trade Center in a scene. Nobody had a problem admitting that. Many TV shows altered their air schedule to avoid broadcasting insensitive themes. Oh, and remember Bill Maher's Politically Incorrect show getting canceled?

The songs on the list itself? Let's not kid ourselves here: this is the biggest smear campaign since Joseph McCarthy's Hollywood blacklist of actors who were named as Communist. Any reason could be used to justify any song, no matter how ridiculous. Some songs were "too upbeat", while others were "too much of a downer". Just great, now name one song which can't fit into either of those two categories. Going down the list, one comes away with the impression that it's all of the songs that conservatives never liked.

It's important to note the impact 9/11 had on music culture, because it tells you a story about how United States culture shaped its media and not the other way around. Like the proverbial canary in a coal mine, you can tell a lot about what our national mood is by examining what we're listening to now.