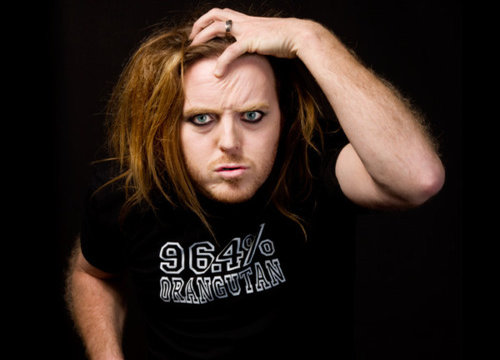 In the week that Argentina's Cardinal Jorge Mario Bergoglio was elected the new leader of the Roman Catholic Church, here's a look at five Pope-referencing tracks which are unlikely to ever feature on the Vatican's party playlist.

Half Man Half Biscuit - "Vatican Broadside"

As brilliantly idiosyncratic as ever, Birkenhead's finest indie-rock outfit cleverly managed to offend both Christians and Slipknot fans in just 37 seconds with this barmy little ditty. Set to the tune of "The Battle Of The Hymn Republic," or more famously the "Glory, Glory" terrace chant, Nigel Blackwell's deadpan tones tells the story of Corey Taylor's journey to meet the Pope, only to be told in no uncertain terms that the Pope isn't exactly au fait with masked nu-metal outfits.

Included on his 1993 The Hits/The B-Sides collection, this funky New Jack Swing number is one of the few times where a mainstream act has spoken out in favour of the Pope, with the Purple One admitting that he'd much rather be a man of the cloth than the President of the United States. But with its expletive-led Bernie Mac sample and talk of a drummer substituting his sticks for his nether regions, then it's still unlikely to have been a Pope John Paul II favourite.

Of course, the Manic Street Preachers aren't exactly strangers to the concept of theological debate, so you could have been forgiven for expecting this James Dean Bradfield solo track to have a bit of bite. Instead this country-rock/Spector-esque Wall of Sound production, taken from his 2008 debut The Great Western, was a rather jaunty affair which merely used the title as a substitute parting message after losing a girl to religion.

David Peel & The Lower East Side - "The Pope Smokes Dope"

One of the more curious projects in John Lennon's career, the ex-Beatle and wife Yoko produced proto-punk hippy David Peel's second studio album, The Pope Smokes Dope, in 1972, the final track of which continued his fondness for religious satire with an outrageous series of claims about the pope's fondness for wacky baccy. Even managing to slip in a sly dig at his views on birth control, the record was unsurprisingly pretty much banned in every predominantly Catholic country.

Compared to Aussie comedian Tim Minchin's hugely blasphemous attack on the man in white, however, "The Pope Smokes Dope" sounds like a ringing endorsement. Indeed. inspired by Pope Benedict's controversial visit to the UK in 2010, the Richard Dawkins obsessive lambasts the Catholic church for their cover-up of sexual abuse whilst simultaneously appearing to attempt the world record for most 'motherf****rs' in a single song.