The Elusive Allusions of the Beatles: 5 Misunderstood Beatles Songs 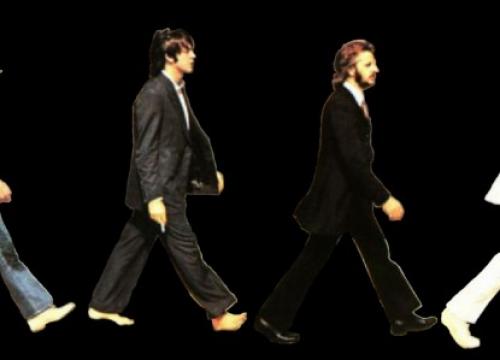 The Beatles rocketed to the center of modern pop culture with their willowy intonations and lyrical representations of a turbulent era the world over. Famed and well-regarded classics like “Across the Universe,” “Day Tripper,” and “Glass Onion” captured the heart-song of rebellion and disillusionment felt by their generation, and forever changed the way we view music.

Sometimes we need to change our view of the Beatles’ music with the simple understanding that lyricisms, like poetry, often disguise or distort their surface meanings in order to convey a much-deeper message. It isn’t hard to think about the countercultural and even revolutionary ethos of the Beatles – or the consequent changes in meaning that their songs underwent over the past few decades.

That said, here is a run-through of the most frequently misunderstood songs and ballads of the Beatles:

“Lucy in the Sky with Diamonds”

Arguably the most misinterpreted ballad of the Beatles, “Lucy in the Sky with Diamonds” drew inspiration from a cartoon named Lucy that John Lennon reported seeing in a British classroom. The British Broadcasting Corporation had previously banned “Lucy” on the basis that the first letters of each noun spelled LSD, and charged the Beatles with conspiratorial lyricisms. To his credit, Lennon fought the misunderstanding to the day of his assassination.

“I am the Walrus”

Considered a psychedelic tour de force, “I am the Walrus” – with its easily mistaken word choices, ambiguous imagery, and ever-changing narrative – continues to reverberate in our modern culture but for sometimes the wrong reasons. Many fans and even critics with favorable opinions about the song credit a mixture of mind-altering substances for its genesis. But as Freud would say, sometimes a walrus is just a walrus.

When a song by anyone is hijacked by someone like Charles Manson, the true meaning and inspiration behind the song becomes subject to the remonstrations of an entire culture. Manson came to the song and its title as a way to forecast what he considered a forthcoming race war. Paul McCartney said he wrote the song to simply “out-do” another band in raucous vocal and musical performance. Move aside, Manson and Beatles-haters: it’s time to elevate this song to a place of appreciation purely for the sake of its performance.

Retrofitted to serve as the standard for an entire generation’s anger and frustration over the Vietnam War, “Across the Universe” is a performance for the ages, its lyricisms steeped in existential and postmodern remonstrations and, arguably, the acceptance of life as “is.” The song invites careful introspection and dialogue, and seems to reject notions that it was written on mind-altering substances with no rhyme, rhythm, or intentional meaning.

Contrary to the accusations of rightwing American pundits and critics, this smash-hit had nothing to do with singing the praises of communism or promoting socialism, and had everything to do with women. All one need do to dispel any illusion is read the lyrics, and remember the “Ukraine girls” cajoled to keep their “comrade warm.”