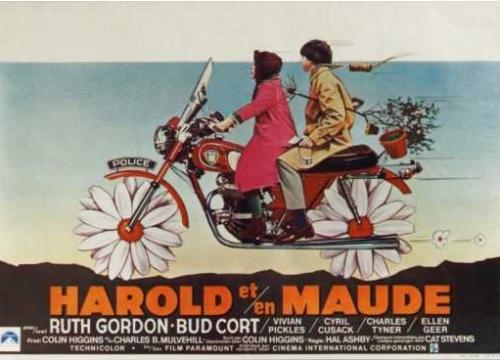 You like how we slip that word "cult" in there? Pretty sneaky, eh? That excuses us from having to list the expected Great Art classics. No Chariots of Fire or Sound of Music here. Nor will John Williams get called to the stage. These are films where the soundtrack is enthusiastically dialed into the iPod on its own, even by people who have never seen the film it came from.

Further disclaimer: We rave about Quentin Tarantino all the time here, so our research staff corralled the Tarantino nerd, who is now hogtied in the breakroom until this article is posted. Granted, every film released by Tarantino is a cult film soundtrack and also the greatest. You all know that. Why repeat it?

Kevin Smith blew most of the budget for the soundtrack, but nobody can argue that it wasn't money well-spent. The soundtrack is chock-full of cutting-edge (for the time) punk, alt, indie, and grunge music that have since been recognized as top-notch standards. Because we know you'll love us for it, here's the entire "Star Wars" scene, from Pringles to Babyface Bambino, with Supernova's "Chewbaca" used perfectly just to sink our point:

The Nightmare Before Christmas

We almost had to tie up our Danny Elfman fans, too, but we'll allow it one more time. It's tough to pick a Danny Elfman soundtrack that isn't a raging cult hit. There's the Men in Black series, the Spider-Man series, Batman series, Pee-Wee Herman series, Beetlejuice... Danny Elfman can do no wrong by film soundtracks. But The Nightmare Before Christmas simply wins hands-down as his magnum opus, since the whole point of that film was to be a musical.

Darren Aronofsky's debut and the true uber-geek film, a one-of-a-kind mathematical thriller (tell us that isn't breaking new ground), wouldn't have half its atmosphere if not for composer Clint Mansell's tense and fiendishly brilliant original score, an intellectual electronic soundscape that matches the title character's sweaty, anxious, paranoid genius. Mansell's career was launched from this soundtrack, and he's since been well-recognized for composing the scores to Requiem for a Dream, The Fountain, 11:14, and many more uber-geek films.

Both assembled by Nine Inch Nails' Trent Reznor. Notice that both of these films' soundtracks are cutting-edge compilation works for their time, and both, while using similar bands and genres, each keep true to the mood of their respective films. The music in Natural Born Killers is an evocative post-modern gorefest, shocking you as sharply and shrilly - but just as self-mockingly - as the film it supports, while the music for Lost Highway perfectly meets the broody, post-industrial tone for Lynch's romantic, melancholy nightmare.

We know, you barf by reflex at the mere mention of this sick, sick movie that glamorizes prostitution and insults both genders about equally. We know you also hate it for launching Julia Roberts' delusion that she was a sex object (she got better, but at the cost of many, many ruined films). You have good taste for hating this movie! But don't let that stop you from picking up the soundtrack, because Red Hot Chili Peppers, Robert Palmer, Roxette, David Bowie, and need we remind you Roy Orbison, deserve your attention.

We loved this one so much, we already wrote a whole article about just this film. What kind of music blog would neglect that?

While we're linking to our past articles, there's also the films that are perfect at capturing their time, here and here. They belong on this list, too.

Cat Stevens composed original songs just for this film, and their quirky individuality and carefree spirit fit perfectly with this achingly sweet misfit black comedy. This film was daring and original in a dozen ways for 1971, and it's even still risky for a few concepts right now. Here's one loving tribute to its timeless message, celebrating what a beautiful thing it is to be human and alive depite what an utter mess we are:

Oh, be sure to check out 7 Big Rock Talents Who Have Scored Films and All Grammy, No Oscar - Five songs from films where the song was a bigger success than the film while you're here. We have to untie our Tarantino geek before he goes Medieval on our ass.