The Rise and Fall of Glam Rock 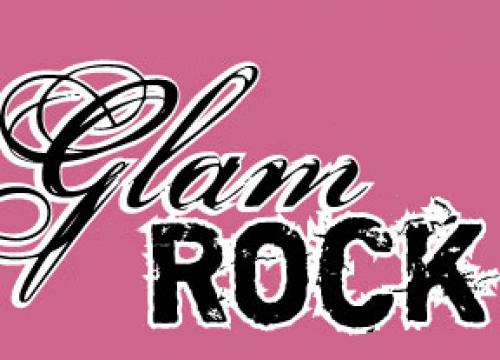 Glam Metal and Glam Rock have (thankfully) faded from most of our memories by now.  But this quirky upstart genre that spawned an entire generation of crazed fans and bad hairdos has a lot to do with how musicians do (or try not to) conduct themselves on and off stage in the 21st century. Also very importantly, this style of music, performance and dressing has helped contribute to new ideas about gender roles.

What Was Glam Rock?

Glam rock was a style of music that emerged in the 1970s in Britain, ostensibly as a reaction to the more “serious” rock and metal bands that were popular at the time – bands like Black Sabbath, The Rolling Stones, and countless leftover legends from the 1960s. While this music was still hugely popular and ever evolving, glam rock was in diametric opposition to everything that it represented.

It was about the spectacle of live music, rather than the substance of it.  It was about affairs of the body, not the heart, and more than any other genre it glorified the ideal of “sex, drugs and rock ‘n roll”. Performers wore clothing made of bright, tight fabrics, glitter, and patches of denim and leather.  They wore heavy, often androgynous makeup, and gave performances dripping with sexual innuendo and lewd gestures.

Naturally, this kind of lifestyle attracted everyone who didn’t live it, on some level, and so as fans aspired to either be groupies or have some of their own the movement gained momentum.

Ziggy Stardust and the Spiders from Mars

Despite making a complete mockery of rock and metal, glam rock managed to produce some astonishingly powerful and influential albums.  The most important of these would undoubtedly be David Bowie’s The Rise and Fall of Ziggy Stardust and the Spiders from Mars.  It centred around a fictional rock star, Ziggy Stardust, who was actually an alien sent to give humanity a message of peace and love when it was threatened with unforeseen destruction.

Ziggy Stardust was the quintessential rock star – he was all about promiscuous sex, substance abuse, and a message of peace and love, but he is eventually destroyed by these passions, and by his own fans.

This kind of album, heavy on concept and rich with imagery as well as eye candy, was rare in the days of glam rock, but there were several others like it.  Def Leppard’s Pyromania was a highly influential album which came out of the 1980s.  More importantly, it influenced a number of artists who were successful even after the death of glam rock, such as Elton John, Queen and Rod Stewart.

So What Happened to Glam Rock?

Grunge happened – in particular the hard-hitting, flannel-wearing, stripped down grunge of late 1980s and early 1990s Seattle.  Alice in Chains, Pearl Jam and Nirvana were grunge’s champions, and are particularly good examples of the breed.  They were known for their unkempt appearance and disregard for theatrics.  The lyrics were apathetic or angst-ridden, in direct contrast to the emotionally-charged lyrics of glam rock.

Just as glam rock answered a need for a little more “glitter” (for lack of a better word) in contemporary rock, grunge answered the next generation’s knee-jerk reaction to all this flamboyancy and androgyny. Men became men again, and women became fans instead of members of a harem, but a very important split began to appear in the legions of rock music fans.

Those who were disillusioned by the grunge lifestyle, and looking forward from glam rock, either embraced disco, hip hop or the new wave of electronic music genres sweeping the world. Those who stuck with grunge soon outgrew it or lost their patience for it, and the more commercial and palatable pop rock  and pop-punk of the late 90s began to take center stage.