When Advertising and Pop Collide 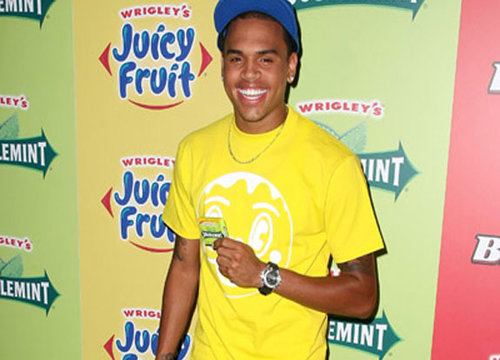 Carly Rae Jepsen already appears to face a mountainous task if she's to avoid becoming a one-hit wonder. But with the news that she will record a new single for Coca Cola this summer as part of their Perfect Harmony campaign, it seems as though she is at least going to extend her fifteen minutes of fame a little longer. Of course, she's not the only Billboard chart-topper to have sold their musical soul to the advertising industry. Here's a look at five hits which blurred the boundaries between pop single and radio jingle.

Before he revealed to the world what an utter douchebag he is, Chris Brown's most heinous crime was extending a jingle for a chewing gum ad into a suitably disposable slice of cheap electro-R&B. Originally recorded for Wrigley's Doublemint campaign, "Forever" left something of a sour taste when it was reported that the company actually paid for the new version, explaining the cynical decision to actually leave the whole 'double your pleasure, double your fun' lyric intact and the promo, which shamelessly showed off the actual product itself.

Even taking into account his role in The Love Guru, his curly dweeb hair in 'N Sync and the bloated mess that is The 20/20 Experience, 2003 McDonalds tie-in, "I'm Lovin' It" still remains the low point of Justin Timberlake's career. Arguably at the peak of his powers thanks to the hugely successful Justified campaign, it beggars belief as to why he aligned himself in the first place with a fast food giant whose previous marketing icon had been a creepy red-haired clown. The 'I'm lovin' it, ba ba ba ba ba' hook was fine for a 30-second commercial, but was unsurprisingly conspicuous in a futuristic Neptunes production, and ultimately the whole track was the musical equivalent of a soggy Filet-o-Fish.

This was where it all started to go hopelessly wrong for the previously untouchable Sugababes. Borrowing the chorus from the previously obscure Ernie K. Doe 1970 single, "Here Come The Girls," that had been revived for pharmacy chain Boots' Christmas '07 campaign and mixing it with the kind of watered-down retro soul that every Amy Winehouse sound-alike was peddling, the trio must have thought they were onto a winner. But instead, the hellish end result felt like it had been designed purely to be belted out at a hen party karaoke session, and the girls virtually lost all their hard-earned credibility overnight.

Mark Ronson-& Katy B-- "Anywhere In The World"

A slight curveball here for the fact that superstar producer Mark Ronson and the Queen of dubstep, Katy B's collaboration for Coca Cola doesn't immediately make you want to rip your own ears out. Written specially for the London Olympics, Ronson's incorporation of sounds from various competing sports was indeed a clever idea. But it's far from either of their best work and it's difficult to see how something so limp was meant to inspire a whole generation of athletes. Not a patch on 'Holidays Are Coming' or 'Always The Real Thing.'

However, the above four are a picture of integrity compared to AutoTune's biggest exponent T-Pain and his equally brainless comrade, Flo Rida's 2010 single, "Zoosk Girl." Sure, both parties aren't exactly renowned for possessing a strong moral compass, but this was something else. Not only was the name of the online dating company in the title and repeated every other word in its tawdry chorus. But the video was virtually a step-by-step guide on how to register at its site. Thankfully, even fans of lowest common denominator trash-pop have their limits and "Zoosk Girl" failed to even reach the US Top 100.