Your Word For the Day Is Leitmotif - Part 2 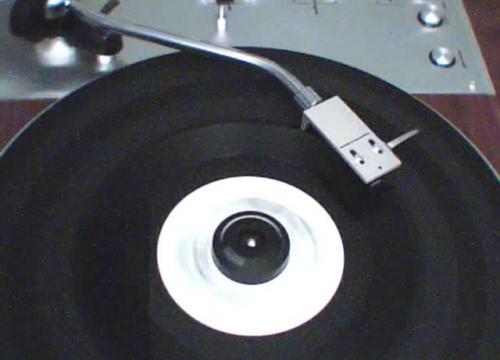 Last time, we explored the concept of leitmotifs, those little musical themes we use in everything from operas to radio commercial jingles to invoke a person, place, thing, or idea. Now we'll continue for some more examples. Hopefully, this will answer your question about that one tune you always hear but never knew the name of...

In a Persian Market

Any Middle East location, especially when they're "exotic" as portrayed in something like an Indiana Jones flick. Any place featuring camels, sand, mosques, and people who dress out of the linen closet.

The Streets of Cairo

Used to invoke Egypt, snake charmers, belly dancers, and other Middle Eastern subjects, as well as sometimes suggesting sexual Hedonism. Also known on countless schoolyards as "There's a place on Mars where the women smoke cigars," "There's a place in France where the ladies wear no pants," and dozens of other variations. Used in hundreds of popular songs, from Steve Martin's "King Tut" to Ke$ha's "Take It Off."

A John Phillip Sousa march, usually done skipping past the intro (in the YouTube video, that's past the first minute-and-fourteen). Invokes cheesy United States patriotism, "Yanks," and - for reasons we're not quite clear - about half the time it's the music playing while Popeye beats the feathers out of Bluto at the end of the cartoon.

The Gold Diggers' Song - AKA "We're In the Money."

Sudden fabulous wealth, used in every cartoon where a character strikes gold, wins a slot machine jackpot, finds a genie's treasure, or swan-dives into a swimming pool filled with coins a la Scrooge McDuck. Real slot machines in Las Vegas even play this sometimes.

This one is definitely surprising, because it's a Mexican classical piece composed in the 1800s by Juventino Rosas, but thanks to its being one of the available tunes on Wurlitzer's auto-playing organs, it has become associated with trapeze acts, circuses, fairs, midways, and carnivals.

Well, it's no surprise that this 1962 David Rose instrumental is used in just about every scene for strip-tease music, and by extension pole-dancers or any stage burlesque act.

//www.youtube.com/watch?v=KVdqwD_bcPs (sorry, embedding disabled, you'll have to click the link)

For a modern example, this is the little tune composed by Danny Elfman for the film Pee-Wee's Big Adventure. It's become a standard for chaotic machinery, busy anthill-like activity, Rube Goldberg devices, and general mechanical wackiness like having a toy dinosaur squeeze your orange juice. You'll recognize Danny Elfman's work all over modern film, especially Tim Burton's works, and of course leading the band Oingo Boingo.

Originally popularized by British comedian Benny Hill, it is now recognized as the song that turns any video footage into slapstick comedy if you speed it up (the video).

As difficult as these are to track down, they're also as addicting as potato chips. We'll force ourselves to stop here, perhaps to pick them up again some time.