Your Word For the Day Is Leitmotif - Part 3 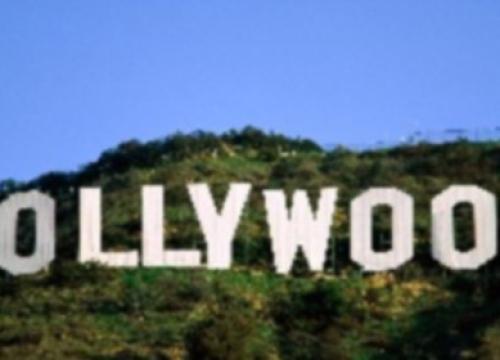 Continuing our series of leitmotifs (part one here, part two here). These are those little musical snips you hear inserted into cartoons, films, TV shows, other songs, and all sorts of media (even video games) used to invoke a person, place, thing, or idea. They're frustrating to search for because you have to hum the tune to somebody and hope they know that that Egyptian-sounding music they always play in front of the pyramids is called "The Streets of Cairo". But we're here to help relieve your bemusement!

The violins from the Psycho shower scene.

Alfred Hitchcock's Psycho, perhaps Hitchcock's most famous work, is the original film where we learned to associate screaming violins with a knife attack on a screaming woman. Since then, a few notes of "Eeeeee! Eeeeee!" from Bernard Herrmann's score play over every cartoon character, sitcom star, or video game villain who has just gone violently crazy. Sometimes this gets called "ax murderer music" even though Norman Bates never handled an ax.

AKA "spy music". This plays over everything invoking any kind of secret-agent or spy association, including the films The Blues Brothers and Sixteen Candles, TV spies, and even the arcade video game classic "Spy Hunter". Many people these days mistakenly associate the music with James Bond, which is as wrong as can be - Mr. Bond has his own musical motif, thank you very much. Peter Gunn, a US TV series that ran from 1958-1961, had a theme composed by Henry Mancini, whose works could more than fill this entire series since he was just so darned good at making catchy motif-friendly ditties like this.

Once upon a black-and-white time, the American radio and TV series Dragnet began with this iconic theme. The show practically invented the police procedural drama (CSI and so on) as we know it today. Since then, just the first four notes are enough to invoke the moment when the bacon knocks at your door and flashes some tin - you're busted! Also goes with any moment of discovery, even those that have nothing to do with crime and the law.

Turkey in the Straw

It's an American folk song dating back to the early 19th century, at least. Used almost exclusively for rural settings, farms, country hoe-downs, hayseed hicks, barefoot hillbillies in straw hats running around with moonshine jugs with 'xxx' on the label, and so on. Any time you have a dance in a Little House on the Prairie setting involving hay, a barn, and a fiddle, this song is usually at least played for the warm-up. It's also a popular schoolyard ditty known as "do your ears hang low?" and dozens of other less-savory contexts, and it's also what a lot of the ice cream trucks in America play.

Naturally, this invokes the "Hollywood" (actually a nickname for part of the city of Los Angeles, California) area and its associated film industry. It's so strongly identified with fame and glamor, however, that a few bars play over everything from beauty pageants to high-school homecoming parades, even when we're miles from Hollywood and have nothing to do with film. The original song dates all the way back to Hollywood Hotel, a 1937 film directed by the legendary Busby Berkeley. You know how, sometimes in film and TV, you see an overhead shot of a circle of dancers and they all synchronize to make geometric patterns with their legs and whatnot, sometimes doing this in a swimming pool? That's a Busby Berkeley tribute, too. By the way, you might have heard of somebody else who was in this film - Ronald Reagan!