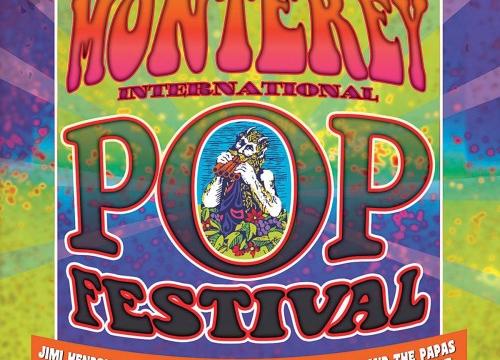 Two concerts serve as a kind of set of bookends to the whole hippie generation and peak of rock-n-roll: The Monterey International Pop Festival (Monterey, California, 1967) and Woodstock (Bethel, New York, 1969). Yet one of these is celebrated and revered and the other is "Monterey who?" Well, yes, Monterey, it exists, there's a Wikipedia page about it. Here, we'll throw caution to the wind and make a controversial statement that Monterey was underrated while Woodstock is far, far overrated.

1. Monterey had Otis Redding and The Mamas & The Papas.

In fact, it introduced many of the names that would become big in later years, including Simon & Garfunkel, The Jimi Hendrix Experience, and The Byrds. That can happen, of course, when you're two whole years earlier, so we shall not belabor.

2. It rained at Woodstock.

Seen those pictures of hippies huddled together balancing a sheet of cardboard over their heads? They weren't just goofing around, they were trying to dry out a little. And speaking of conditions...

3. Woodstock was a logistical nightmare.

At the highest estimate, Monterey had 60,000 attendees, allowing it to be a far tighter, more organized affair. Woodstock had 300,000+ attendees, and with it came some of the most irresponsible crowd management ever seen, with food and water shortages, overflowing toilets, and medical emergencies. There were even three recorded fatalities and four miscarriages. John Fogerty, in a famous quote, described it as "...sort of like a painting of a Dante scene, just bodies from hell, all intertwined and asleep, covered with mud."

4. Woodstock was also a legal nightmare.

The organizers and bands involved all split up to have a round-robin of lawsuits that dragged on for years. In total, about 80 lawsuits were filed in connection with the event, and the citizens of Bethel voted out their city supervisor specifically for allowing Woodstock to happen. The town kept up a half-vigilante campaign to drive away anybody who would revisit the site for the nostalgia of it - this went so far as spreading chicken manure over the site and surrounding the area with a blockade of tractors and police cars.

5. The most famous song about Woodstock was written by somebody who wasn't even there.

Joni Mitchell wrote "Woodstock", the song that Crosby, Stills, Nash and Young would later make a Top-40 hit, from the confines of her bed while tearily watching the news on TV. This speaks to the romanticized mythology that surrounds Woodstock - second-and-third-generation hippies march around in their tie-dye shirts as if they were uniforms, preaching the gospel of an event that happened before they were even conceived. Not that we're not OK with that - if other cultures can re-enact the Civil War or go to festivals to celebrate the Renaissance, hippies can memorialize the concert their parents attended. We're just asking some of them to at least have the dignity to have a sense of humor about it, alright?

True, Dylan didn't go to Monterey, either. But Monterey wasn't planted in his backyard with the specific aim of luring him to play. Woodstock tried to woo Dylan, and Dylan ran like a bat out of hell all the way to England just to spite them. Despite this, both The Band and Blood Sweat & Tears did show up. (BS&T had ties to Dylan and The Band via former member Al Kooper.)

7. Woodstock had a series of increasingly tragic sequels.

All of them were successively disasters, but the 1999 one actually had fights, riots, rapes, and fires causing them to cancel the show. MTV's VJ Kurt Loder was quoted: "It was dangerous to be around. The whole scene was scary. There were just waves of hatred bouncing around the place... It was clear we had to get out of there... It was like a concentration camp." Whereas Monterey's name remains unsullied.

In spite of Bethel's original attitude towards the festival, today the town has peace signs and doves perched on guitar stocks every two feet. Every store is crammed with hippie memorabilia, on sale for tourist-gouging prices. They have a plaque at the site and proudly declare themselves "the most famous small town in America" as if they'd never put up signs forty years ago urging people to boycott the farmer who rented out his pasture to the festival in the first place.