"Knock On Wood" | The Real Song To Remember From Casablanca

You must remember that the song from the movie Casablanca everyone remembers is "As Time Goes By" - though some of you might have mistitled it as its opening line "You must remember this…" That's Casablanca (1942), with good ol' Bogey and Bergman. Now the big romance subplot and this associated torch song are what make Casablanca a famous classic, but I'm here to tell you that an underdog song from that same soundtrack deserves the spotlight too.

But first, let me re-introduce this 80-year-old masterpiece to a new generation. I promise you will like it! 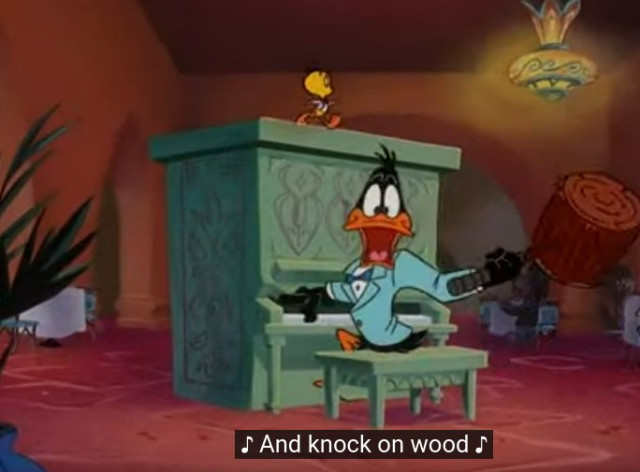 World events being what they are in 2023, the tag "WW3" gets bandied about on social media. Even though technically, this is between Ukraine and Russia with few other countries involved de jure, but de facto between sanctions and armament support, most of the European and Western world has a chip on the table anyway. Chips on the table, ha, like Rick's in-house casino, right?

Casablanca is set at the outbreak of WWII, an incredibly ballsy production considering nobody knew how the war would play out at that point. Aside from the Bergman romance plot, the story is set in an African bar owned by Rick (Bogart), in a coastal town populated by crisscrossing sectors of refuges fleeing occupation, war criminals on the run, stranded businessmen, and the crooks who descend upon these temporarily disadvantaged masses. The one thing most of the city population has in common is that they are desperate to board an airplane going anywhere else (most commonly the States), but air traffic is grounded and flights are few.

Unlike some noir-era films (that machine-gun dialogue in The Maltese Falcon), the pacing is slow enough and simple enough that it's easy for modern audiences to follow. Which is a good thing, because there's a zany cast of characters each pursuing their own little goals and ends, many of them conflicting. For those of you who haven't seen it, you just might like it better than you think you would. Casablanca's knock-out script has a little something for everyone, with witty one-liner zingers, action scenes, and a bunch of frames later repurposed for Bugs Bunny memes.

This cartoon (released in 1995, it says?) Carrotblanca, even starts off with Daffy in Sam the piano player's role at the beginning playing the song we'll be focusing on today.

"Knock on Wood" Was Composed For Casablanca

Take that, "As Time Goes By," jazz single written by written by Herman Hupfeld in 1931! You weren't the original song in Casablanca; "Knock on Wood" was. That's ironic to me because I could have sworn it was a Tin Pan Alley standard. Casablanca producer Hal B. Wallis commissioned this one song from a pair of songwriters. Not only that, but the actor playing Sam, Dooley Wilson, did not know how to play piano! He was a jazz singer and drummer, as well as an actor, but never tickled the ivories.

So in these scenes, the piano playing is all dubbed in. How they managed not to find a piano-playing actor in 1942 is a mystery for the ages, but you have to admit Dooley plays the role beautifully.

"Knock On Wood" is a simple call-and-response ditty: "Who's got nothin'?" "We got nothin'!" "How much nothin'?" "Too much nothin'!" It's the obvious kind of crowd pleaser that would have been a typical jazzy favorite around the late 19th / early 20th century. And especially for the Tin Pan Alley era.

The thing you have to remember about Tin Pan Alley is that it predates convenient recording distribution. At that time, music was distributed not on USB, nor DVD, nor CD, nor cassette, nor 8-track, nor even a vinyl or wax record, but on paper, in the form of sheet music. Tin Pan Alley was simply the sheet music publisher in New York, where songwriters of the era scribbled out what amounted to the pop era of its day. The songs were intended to be played at home, likely for the whole family to sing along, and that was how music was sold and enjoyed before records. Now you know why upright pianos became the must-have accessory of the turn of the 19th/20th-century household. Anyway: That's why I assumed this was a Tin Pan Alley song. 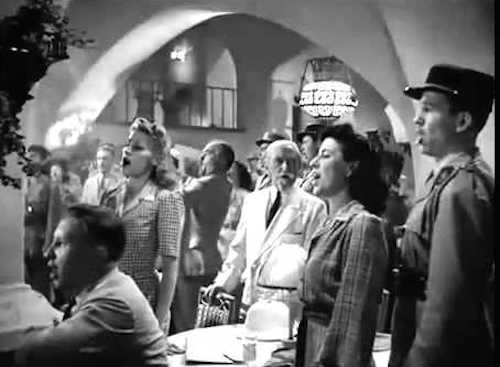 Casablanca Resonates in the 2020s

We were hoping for another Roarin' 20s, but instead we got the Boring 20s. Boredom is the nicest some of us can hope for.

In fact, the current Zeitgiest feels a little close to home during a global pandemic and a major European war going on. When Bogart expresses the glum philosophy, "...the problems of three little people don't amount to a hill of beans in this crazy world," his words could just as soon apply to today's general mood among the younger generations. I hear you all out there, isolated, bereaved, and feeling like society is just this big out of control machine that doesn't care about you. Now you know people 80 years ago felt that way too.