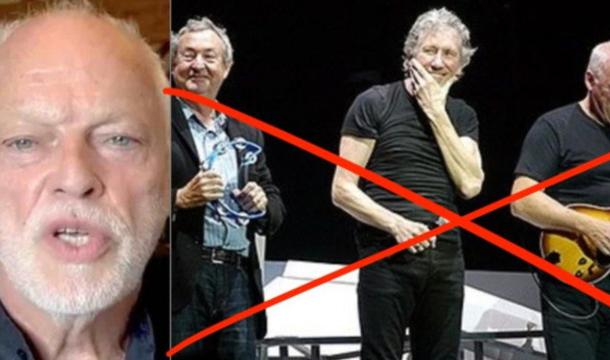 The Beatles, as legend insists, were broken up suddenly and unexpectedly, sometimes incriminating Yoko Ono when we all know now, John and Paul would have had their petty spat no matter what. But meanwhile, the Most Famous band split in rock 'n' roll history gets talked about a lot, while the rest of these don't have nearly their deserved fame.

That's it, that's the list. Band members who just could not stand each other. Who among us is without their workplace battles?

Perhaps a tad strong to describe as a "spat," but what can you say about Mayhem? This is the one infamous case where an inter-band conflict came to straight up murder. Convicted murderer Varg Vikernes (Stage name AKA: Barzum) served a 21 year sentence in Norway after having offed Øystein Aarseth (Stage name AKA: Euronymous), and to this day roams the streets of France where he has made a new home. He's also quite the raving right-winger nutball. The remnants of Mayhem still tour to this day.

Dave Mustaine is the definition of the saying, "if you're in numerous different spats, maybe it's you who's the red flag." After infamously being kicked out of Metallica, he formed Megadeth and has then proceeded to quarrel with and fire with his chosen bandmates some more. Lately health problems keep him gentled down some and he's even expressed regret for boxing with Metallica's Hetfield, but that's far from his only fight.

Roger Waters x David Gilmour is one of the more notorious splits in popular band history. Like the two titanic geniuses they are, both Waters and Gilmour had a bitter power struggle for the direction of Pink Floyd. Waters split in 1985. It's hard to track down what their original beef is, save that Waters just wanted to do his own things and Gilmour wanted him to stay under his leadership. They still spat over every trivial bit of credit for the songs they composed, while Waters is actually banned from the Pink Floyd Facebook page.

At the center of any Smiths controversy, there is always Morrissey. Morrissey has distanced his fanbase over the years with radical, shoot-from-the-hip views that chaff social media readers. Among his controversial takes are protesting reggae music for being too pro-Jamaican, and his over-the-top vegan stance - to the point where he equates eating a hot dog to rape. Naturally, Johnny Marr couldn't take it anymore and bailed by 1987. He's been utterly gracious in interviews since, to show us that there's no hard feelings on his side of the stage.

We have covered before the grueling spectacle of Don Van Vliet (AKA Captain Beefheart) and the radical, cult-like atmosphere he enforced in his band. The Captain even came close to a Mayhem-type incident when he bodily threw John French (AKA Drumbo) down a flight of stairs. One source of friction is that Don Van Vliet insists on taking full credit for everything the band does, sharing none of the spotlight with anyone else. French and several stragglers came together for the occasional reunion, but these were always short-lived.