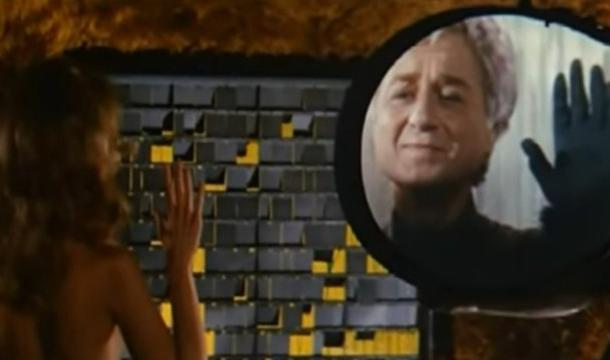 It's about time: Duran Duran got inducted into the Rock 'n' Roll Hall of Fame. I know it's a cliché to say "what took so long?" since the R&RHOF is backlogged several decades in handing out honors to those proven worthy. But this is Duran Duran we're talking about! Yes, many other inductees in 2022 were well beyond overdue. But on top of them all was Duran Duran. 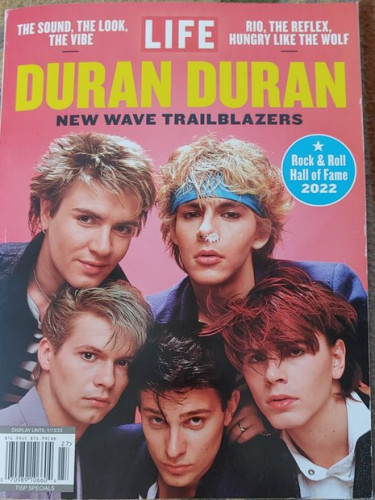 How Shall One Approach Duran Duran?

There exist endless templates I could follow when writing about this band. I could call it a "Rock 'n' Roll Bookshelf" entry since I plucked the R&RHOF commemorative edition of Life magazine from the checkstand just this last weekend. I could make it a personal "My Music Story" entry since said magazine was purchased for my wife of 30 years (yep!), Mrs. Penguin, a dyed-in-the-wool Duraniac since the day MTV came to her neighborhood. Duran Duran is still her favorite band like Frank Zappa is mine; her tastes likewise spiral out from there to 80s new wave / romantic. Can you tell from her high school photos? 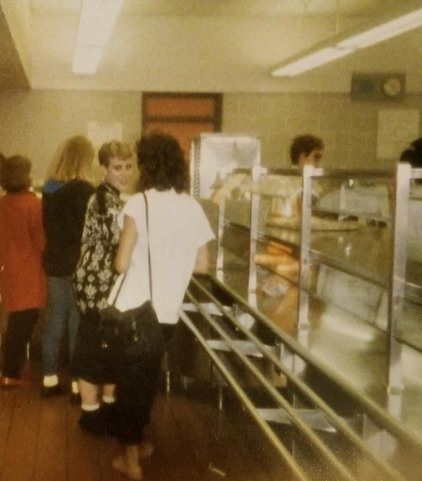 That's right, I, a gnarled ogre laboring under an ancient cryptic curse, managed to land the lone sunflower out of the 80s/90s dating pool of sloppy grunge zombies. Anyway, being one desk over from this woman's playlist for 30 years has made me a second-hand expert on the group.

I could, moreover, also visit my rock 'n' roll bookshelf for Rob Sheffield's memoir Talking to Girls About Duran Duran, which is half music history, half personal anecdotes from a Gen-Xer (we saw the first day of MTV and don't you forget it!). Which I also own. Regardless whether we listened to them or not, Duran Duran was a key band in our formative years.

We All Underestimated Duran Duran

Five hot British guys in a pop band? Sounds like another pretty-boy band that's going to stick around for two albums - a reaction Duran Duran cheerfully acknowledges on their home site now. Oh, and their own Twitter:

The "boy band" label is a source of contention among D.D.'s most tenacious fans, such as this Angelfire (saints and martyrs preserve us!) page from God-knows-what decade. To our defense, the early 80s were a minefield of dead-end one-hit-wonders and bands whose entire purpose was to be propped up on MTV for 3.5 minutes and never seen again. We were so used to the band of the week being the new kids on the block that we verily had a band named New Kids on the Block. They came right after New Edition.

However, if you listened to a few Duran Duran songs, or viewed the videos which earned them so much attention for production quality, you got to appreciate that there was more to this group than originally met the eye. Their first hit, "Hungry Like the Wolf," scored #3 on the Billboard in 1983. Next year they had their first #1, "The Reflex." A year later, they became a Bond band with their James Bond film theme song "A View to a Kill."

Even well into the end of the 80s, when everybody had forgotten Dexys Midnight Runners, D.D. was still popping out top-10 hits. And then in the 90s, when most of the 80s music was shoved aside, D.D. still managed to sling out a silver, gold, or even platinum rated album. By this time, America was rounding the turn of the Grunge wave and heading into the endless sea of Indie Pop (from which we have yet to emerge). Yet Duran Duran still prevailed, adopting a Devo-like career of always staying active experimenting with new sounds, new tricks, splitting off for their own individual projects (Arcadia, Power Station with Robert Palmer), and reforming with another new twist.

It's like they were still the pretty boy band who won the Pretty Boy Band Hunger Games and got to escape the system, breaking their own mold, to settle in the woods and found their own fringe anarchy. 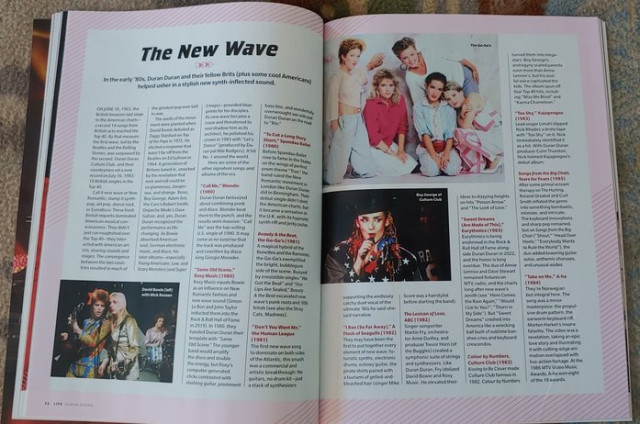 Here's the thing with Duran Duran: Their work evolves and yet stays within their genre at the same time. Or perhaps, they have defined their own narrow genre around themselves. You can listen to "Hungry Like the Wolf" and then "I Don't Want Your Love" and tell they are by the same artist, but with a completely different attitude, a hard rock edge blended with a progressive bend.

But then you listen to 2011's "The Man Who Stole a Leopard," and what has happened here? You can still pick out the D.D. signatures - synth-heavy, unrelenting hooks, complex multilayered beats - and yet this doesn't sound so much like them as like a band inspired by them.

Then you get to their "David Lynch remix" of "Girl Panic." It's Simon Le Bon's vocals, but the band is melting around him in a gooey slop of effects pedals, because I guess that's what David Lynch does to music.

Or you get to "Pressure Off," featuring Janelle Monáe and Nile Rodgers (they always collaborate with the top current names, you know), and you have a timeless power pop ballad that still has the Duran Duran sound, but could have come from anywhere from 1985 to right now.

So, we have an enigma that music journalists are dumbfounded to explain. Of course, British bands (indeed, Birmingham alumni) get their own timeline outside of the United States pop culture blender. Bands stick around in the UK, cultivating their niche fan base, while Americans grind everybody up for sausage every few years except the lucky few… who win the Hunger Games and go off to escape the system. 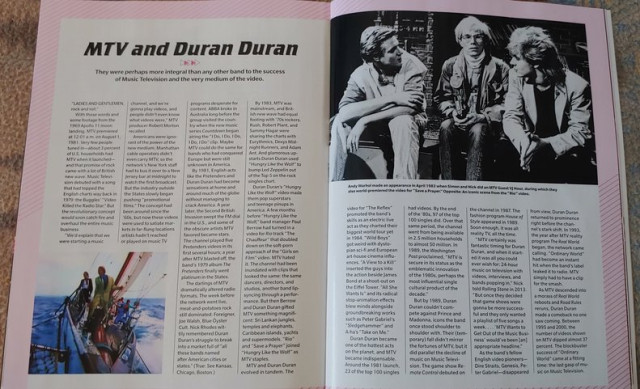