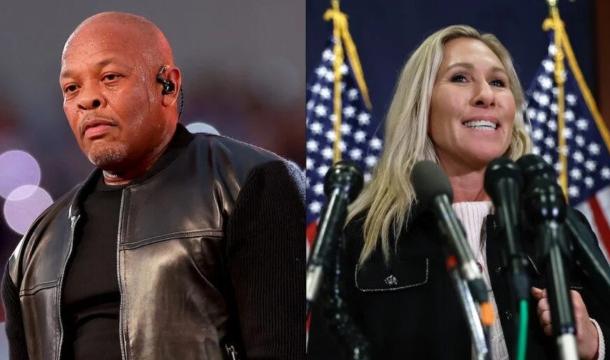 Wanna hear a funny story? Somebody is fighting with Dr. Dre! The other party is (I'm sorry, political talk trigger) US H. Rep. MTG.

Go ahead, mention the card game in the comments! I dare yah! 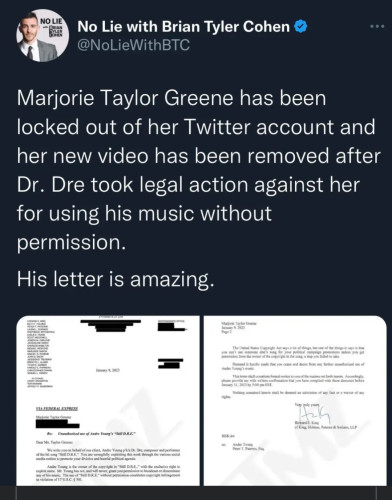 Marjorie Taylor Green played a Dr. Dre song at a political rally / rave whatever, and he had to get all lawyer-ly about it with a 2-page letter C&D. 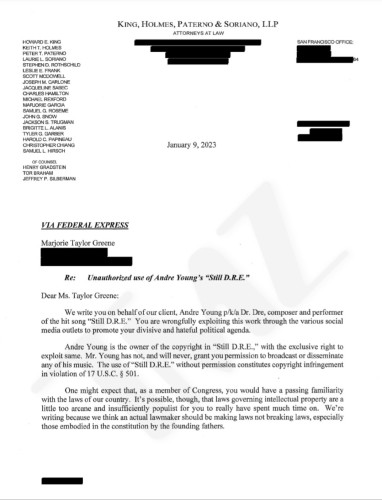 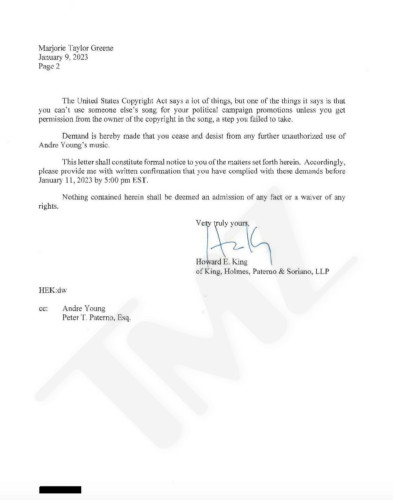 Well! Did Dre's lawyer Howard E. King ever tell her. Marge frowny face here, this was a hard week for the Georgia 14th congressional district Rep, what with the House Speaker drama and all. Things came to quite a stew at the Capitol there and I hear - 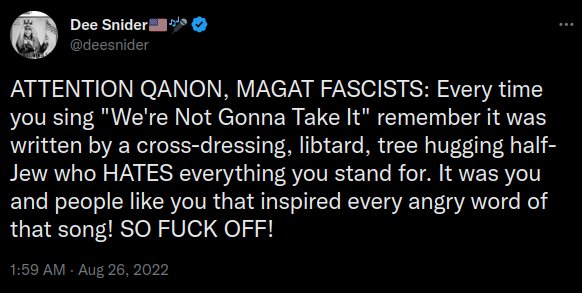 Dee Snider's Not Gonna Take This Anymore Either

This is only the latest in the series of copyrighted music played at political rallies - without the artist permission - causing the artist to demand they stop playing the artists' song at political events. Such as the controversy over playing Bruce Springsteen's "Born in the USA" with Republican rallies in the 80s, and, well, the list goes on.

Dee Snider had to throw the legal book at a frowny-face political party too. The Twisted Sister song "We're Not Gonna Take It" gets misappropriated constantly at Republican functions. Every time, Dee Snider yells at them to knock it off, GOP scofflaws don't care, and then they do it again at the next GOP do. Will they ever learn? Probably not.

No really, this happens constantly!

We're barely scratching the surface here. Normally, here's how this works: Your campaign manager or other official has to write to the artist owning the rights to a song, and ask politely for permission to use that song by performing it publicly at a campaign event. And when the artist turns them down, it isn't even always due to political alignment. Artists such as Sting have turned down US requests on both sides of the aisle to use his music at political events, simply because he felt that it would be unfair of him to chose sides in a nation where he is not native.

Graceful as always, Sting! And remember, you can't sneak in a Police song at your political rally because, y'know, he'll be watching you.

The Many, Many Problems With Mixing Music and Politics

The common practice of using music at a political event contains so many routine flaws in reasoning that it's hard to fathom what comes over these people.

In the first place, most music artists are Liberal Democrats. Duh. The GOP basically has Ted Nugent, Kid Rock, and Kanye West on their side forever. Everybody else is off-limits.

Next… Do Republicans ever listen to the lyrics? The Reagan campaign certainly didn't when they used "Born in the USA." It's about a Vietnam veteran who returns from the war only to be abandoned by Conservative policy. Likewise, using "Take A Chance On Me" for your campaign message is really cringe. Ditto "Rolling in the Deep," whose refrain "we could have had it all" doesn't sound like a triumphant message.

But hey, Sting has expressed shock and disgust at the way his "Every Breath You Take" gets played at weddings. It's not a love song, it's an obsessive stalker anthem.

In any case, until future notice, Republicans get to play the few artists that align with their message, and everybody else is on the no-play list. Of course, they won't abide by that rule, because, well, since when do they abide by any rule?