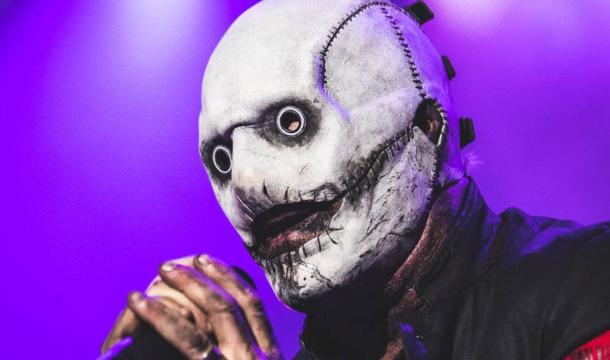 Slipknot front-man Corey Taylor has never been accused of being reclusive. Even though his band wears elaborate costume disguises onstage and goes by mere numeric monikers, Taylor himself is not shy at all and loves to talk about his passion project whenever he gets the chance. Slipknot's music may not be all that approachable (if you're some wussy coastal chicken and not from hardy Midwest stock, that is), but Taylor himself is never anything less than candid.

Besides, as a resident of Des Moines Iowa, by the very roosters in my yard, I am obligated to write about my hometown band at least once. 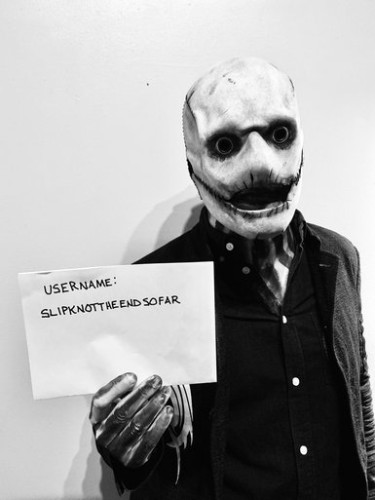 This was to promote the new Slipknot album, "The End, So Far" - note the punctuation. But also because down-to-Earth Corey takes to Reddit like a duck to water. We saw some more revealing glimpses of the band's behind-the-scenes in Corey Taylor's October 2022 Reddit AMA:

For instance, here's the time the band almost got arrested because they were changing into their costumes in an alley behind the gig and somebody thought they were out to rob the place. Police arrived, but after Slipknot explained themselves, police gave them an escort and even helped secure the event. Verily, they were pulled out of vans "at gunpoint"! Sheesh!

Then when somebody asks what lyric by another artist Taylor admires, he expresses admiration for a Scott Weiland (of Velvet Revolver fame) line.

By the by, if you heard about this new album when it originally came out announced as "The End For Now…" and are now puzzled at the name change, Taylor provided a typically matter-of-fact explanation: The mis-naming was a mere error.

Other matters addressed: Taylor vows never to re-record and re-release any of Slipknot's albums, because he feels they're all better preserved as "snapshots of our different eras" and because he doesn't want to "become the George Lucas of metal." And he is also a warm-hearted family guy, speaking glowingly of his wife's career and their son's career, and talking about time home spent with the fam. See, he's a nurturing dad, when he's not on stage in a death mask screaming chaotic lyrics about horrifying subjects.

Now if you want to get really up close and personal, there's his book: 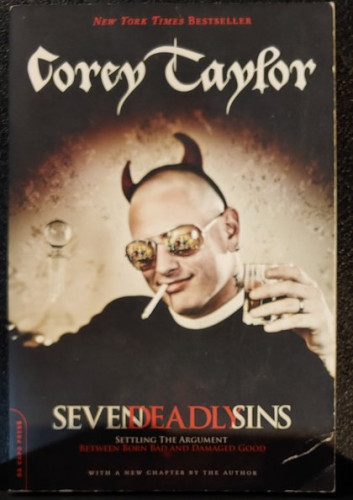 I've been meaning to revisit the Rock 'n' Roll bookshelf feature here at Lyric Interpretations. Your humble penguin has a lot of new books to show off from the research shelf, it's just a matter of finding the right opportunity.

Taylor's 2011 memoir Seven Deadly Sins : Settling the Argument Between Born Bad and Damaged Good is an atypical book for a band frontperson. What it is, is a philosophical musing as Corey articulates his laid-back philosophy of life and what it all means, along the way discussing his own personal struggles and his own soul's path. 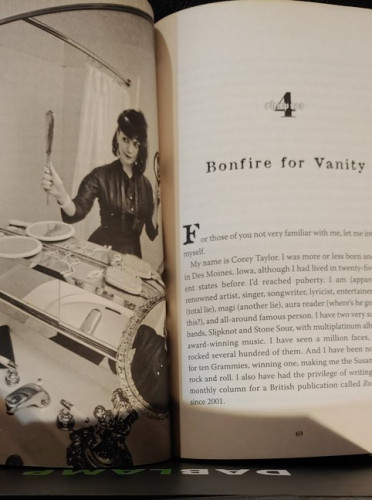 "What an off-the-wall concept for a book!" I hear you say right through your phone screen. This is Corey Taylor, he never takes the most common path traveled at ANY juncture. Seven Deadly Sins has this motif where Taylor basically rethinks what it means to sin, deconstructing our most proudly held social beliefs. He's not being an ivory tower intellectual about it either. It's done with crass humor, plenty of swearing, and probably intended to be read with a cocktail glass with clinking ice cubes in one hand. Taylor himself is a recovered alcoholic - hence his frank and gritty assessment of decadence. 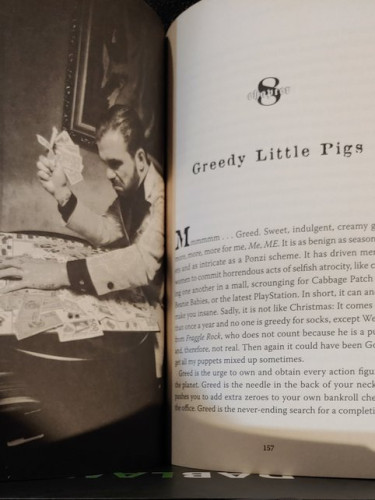 If this sounds like a roaring bore, it's not. Taylor's writing style (text, not song lyrics) is very light-weight and plainly spoken. I remember when I obtained this book, I came down with the flu (not to suggest a connection between the two events) (Slipknot may give you a contact buzz, but never make you sick) (unless they're specifically trying to). Taylor's musings got me through that flu, because he makes excellent low-bandwidth reading. Just deep enough to provide substance while also maintaining an easy-going pace so your synapses aren't too challenged. 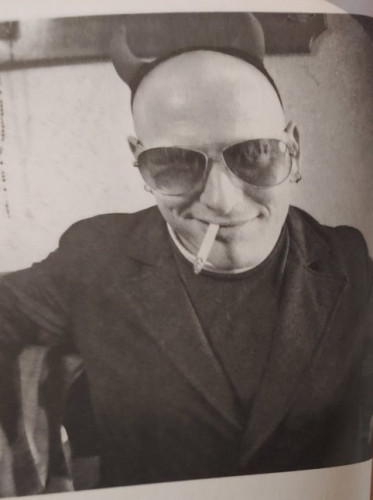 Seven Deadly Sins Is Not For Everyone

Come to that, Slipknot itself, despite billing itself as a "metal band's metal band," is an acquired taste, unless you are a born native Iowan nursed from the State Fair's butter cow teat and raised among the rows of corn and soybean. As you would expect, Slipknot concerts are still a huge event in the heart of Iowa. After you've been to the corn maze, the farmer's market, and the hog-calling contest, it's a long way to your next bit of stimulation.

I'll say, don't come to Taylor's Seven Deadly Sins looking for a band biography. I, for one, am actually relieved to see a book by a musician that isn't a band biography. There are some whiny band biographies out there, especially those written out of spite amongst quarreling band-mates. Taylor comes out the other end of his rocky life story, which could have been a cut-short tragedy, with diamond-clear perception of himself and a very intimate invitation to us to ride shotgun on his spiritual housecleaning.

I'll take that over band-bickering any day.