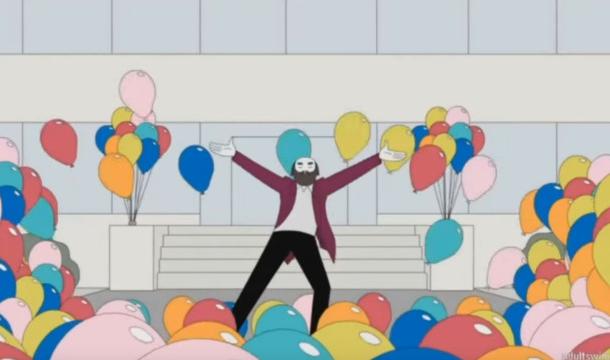 Sure, every music blogger and his organ grinding monkey is doing a 2022 year-end list. But do we need that on New Year's? Do you just have to find out more about how Kanye West dug himself into such a hole that he's practically on the lam now? How Snoop Dogg is starting yet another retail cannabis franchise in the legal California market? How Taylor Swift scores so outrageously on the Billboard Hot 100 that nobody else even checks it now? How sweet it was at Elton John’s Farewell Yellow Brick Road Tour? Do you really need Olivia Rodrigo hyped up anymore than she already is?

No, you'd rather look forward, because why not start the new year by breaking some fresh new ground? That's why you're reading here in the blog backwater. Here's a list of cool stuff in the hopes that you haven't heard at least one of these. They're just pokey discoveries of my own, some from this year from back stories you might have missed.

Go check out their YouTube channel and then riddle me this: How do we even describe Garfunkel & Oates? If Sarah Silverman was a folk singer like Joni Mitchel but somehow had a sense of humor 50% darker. But you really have to come to them the way I did…

Those two are actors William H. Macy and Kate Micucci, taking advantage of their mutual ukulele skills to make this little ditty to promote the movie they had just wrapped, Bart Got a Room (2008). Now I says to meeself, I sez, I'm already well familiar with Macy, of Fargo fame and all, but where can I find more of this Micucci?

That led me to Garfunkel and Oates, a comedy-songwriting duo launched along about 2007 and has been on IFC. The tall blonde half is Riki Lindhome, the main song-writer and composer. Ain't it swell discovering new stuff?

Brad Neely Has a Soundcloud!

We got a ditty you're sure to love, sing along with "Boy the Man Got Lots" now:

Or take the NSFW (probably bleeped though) "Balloons!":

Both of these are from the recent series China, IL, up for streaming on HBOMax, and a lovely binge they be! If you like adult animation but also hanker for the impossibly cynical and unhinged universe set inside a university campus - focused on the faculty, no less - that's the show for you.

As if the animation weren't enough of a tip-off, these songs are the compositions of Brad Neely, and his SoundCloud is the first attempt I've seen to gather the works of this prolific creator in one place - so far! You see, Neely goes dee-ee-eep into Internet history, back around the early 2000s when Newgrounds' Flash was the surest path to viral song fame. Take the story of the founder of our country, for instance…

Or for a more recent presidential ballad, check out the story - the real story! - of JFK:

In the early 21st century when these were hitting the charts, Brad Neely teamed with various production forces at the time to create productions under various titles, "Professor Brothers," (likely an early precursor to China, IL), "Superdeluxe," and "Creased Comics." Yes, the same guy does the animation, a chunk of the voice acting, and the writing and music. Brad Neely, a name to watch!

Are You Still Ignoring Ignore That Door?

Verily, I blogged Ignore That Door before, but they're worth reposting just so you can see what you're missing out on lately. For instance in just over the Christmas-New-Year holiday weekend, they've taken to dropping demos named after classic Twilight Zone episodes.

Remember the collaborations with other online art collectives, including Giles Bennett of 13 Nocturn Alley productions (my own home turf)? They play backing ambient audio for another chilling Poe reading, The Fall of the House of Usher.

But the upcoming project, an original fiction audio drama / musical coming out of production soon in the UK, is again a departure from Ignore That Door's usual venue. That project is called Kur, and we'll keep you posted here when it's released - or follow Ignore That Door's Twitter for updates. You can also discover a teaser on Borenail Records BandCamp page.

That's how it is in the wacky factory around here. I'm surrounded by new stuff happening faster than I can blog it!