Song Odyssey | I Put A Spell on You 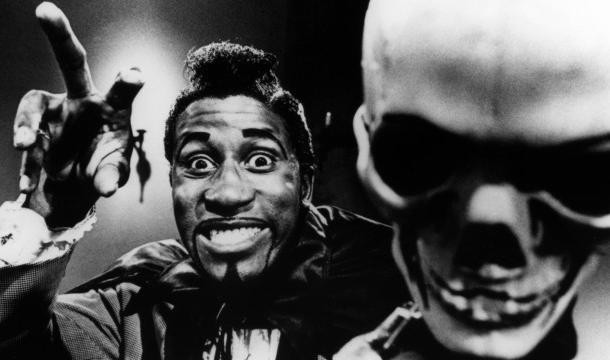 "I Put a Spell on You" is a song that really got around. Besides being covered by so many noteworthy artists, the song reached into an amazing number of genres and has become a cult classic across generations of fans. It's in the Rock and Roll Hall of Fame's "500 Songs that Shaped Rock and Roll." But the song itself is also quite the rabbit hole.

If you think of "shock rock" today, you might first think of Alice Cooper. Cooper is famous for his stage shows using macabre imagery such as execution devices and coffins. What many don't know is that Cooper was far from the first to cultivate a horror-rock image. Before him, there was Screamin' Jay Hawkins, the original composer of "I Put a Spell on You," first released in 1956.

Who is this man, in the voodoo witch doctor get-up - complete with bones in his nose - on a dungeon stage set with skeletons present? He was put up for adoption as a baby and raised by Blackfoot Indians. He bluffed his way into the army at the age of 13 in 1942 and reportedly saw combat. His initial yen was to sing opera, but he settled for being a stage blues rocker.

Between Hawkins' inspirations with the voodoo bit and a DJ egging him on to go even more over the top, Hawkins eventually cultivated an act which Alice Cooper would follow years later - complete with an onstage coffin which Hawkins would emerge from to sing, rubber snakes, skeleton props, the whole bit. Hawkins would later lament the gimmicks that made him famous, which he felt detracted from his status as a serious musician. Reportedly he had to do shows drunk, because the coffin made him too claustrophobic to get in there sober.

Nevertheless, Screamin' Jay Hawkins went on to a lucrative career in stage performances and albums, even releasing as late as 1998 (At Last) before passing away in 2000. But his song perhaps upstaged his own fame.

The Crazy World of Arthur Brown

Out of the uncountable (some estimates run to several hundred) covers of Hawkins' song, you might as well start with Arthur Brown. Brown covered "I Put a Spell on You" in 1968 for his debut album, self-titled after the band's name The Crazy World of Arthur Brown. And here again, we have over-the-top on-stage gimmicks. Arthur Brown's signature song, "Fire":

Not only is he masked in a helmet, but the top of his helmet is actually on fire while he's singing. Now that's commitment to a theme! Brown's cover version of Hawkins' song isn't quite as memorable, but Arthur Brown was generally yet another theatrical shock rocker whose signature song earned him the moniker "the god of hellfire." 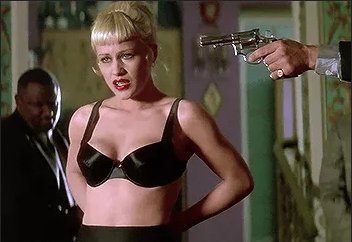 It is Manson's cover that plays during Patricia Arquette's strip-tease-at-gunpoint scene in David Lynch's 1997 film Lost Highway. It pulls off such a great one-of-a-kind vibe that it's hard to imagine this scene using any other song. One of these days, we have to devote a post to the Lost Highway soundtrack, Lynch's valentine to goth/industrial culture.

Can You Even Count the Covers?

We still haven't even mentioned the most famous cover of "I Put a Spell on You," Creedence Clearwater Revival's version which they performed onstage at Woodstock. John Fogerty liked the cover enough that he revisited it even during his solo career. Here he is at Farm Aid in 1997:

But wait a minute, we have to go back to 1965 to catch Nina Simone's cover of the song! Nina Simone was a blues pianist who chose her stage name to hide the fact that she was playing for cocktail lounges from her family, which regarded blues as the devil's music. A gender flip does this song a favor, and Screamin' Jay Hawkins (whose own version never charted!) expressed admiration for Simone's cover.

If Nina looks a little unenthusiastic about the vocals here, that's because she originally wanted to be just the pianist; night clubs where she worked neglected to provide her with an accompanying singer so she just shrugged and did the vocals herself.

You could easily write a whole book about this song! Other notable performances we don't even have space to include here:

And last but not least, there's Alan Price from The Animals. He left the Animals for his solo career, and one of his first moves was to release a cover of "I Put a Spell on You" in 1966.

This soulful and melodious version shot to the top of the charts and was a worldwide hit. Screamin' Jay Hawkins was reportedly disgusted with Price's cover and its success, venting "how could this white boy get credit for this black boy's song?" Hey, that's a familiar story in rock 'n' roll!