Who Did It First? - Nobody: False Music Cliches 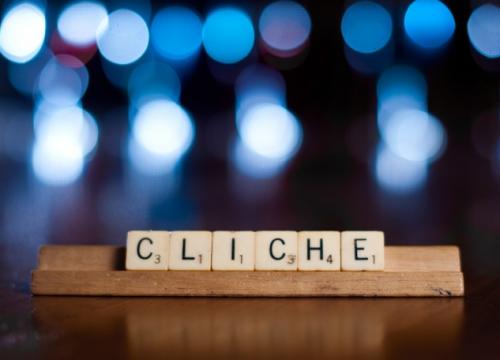 Famous figures in history often get parodied or at least stereotyped for things they never said, did, or intended. We now know that George Washington did not have wooden teeth, Napoleon was not particularly short, and Al Gore never boasted that he created the Internet (although he did play a huge role in enabling its roll-out in the United States). In music, a number of these cliches also perpetuate themselves seemingly of their own accord. In many cases, fans and critics of music make up a stereotype, then make jokes about it, then it trickles back to the bands who pick it up and start playing it for laughs, then it starts getting taken seriously.

Isn't that weird? Here's a few rock-associated myths we'd like to debunk:

Druggy hippies The original psychedelic music movement did not particularly use or emphasize drugs. For instance, Frank Zappa hated drugs and spoke out against them at every opportunity (he was also making psychedelic music as a parody, but that's another story). Ditto Captain Beefheart, Jefferson Airplane, and yes, the Grateful Dead. Go ahead, find one Grateful Dead song that advocates the use of drugs! What, you say they got busted for drugs in New Orleans in 1970? Yeah - that was their sound engineer. It was only the fans of psychedelic music who used drugs, and in turn when the second generations of psychedelic music came along, they drew from that.

Heavy metal leather jackets If you check back through rock history, leather jackets did not become associated with heavy metal culture until Judas Priest came along. And Judas Priest was drawing more from biker culture, S&m culture, and gay culture and its connections with underground / counter-culture in general than any current heavy metal fashion statement. Furthermore, Judas Priest was doing it mostly for a goof. Other artists, such as Suzi Quatro and Joan Jett (females, mind you!) would perpetuate leather fashion as a way of making the statement "I'm a rebel and I'm hardcore!" But it actually started with the fan base - bikers, beats, and assorted counterculture misfits were great fans of heavy metal and when you see that many jackets at one concert, it almost becomes a uniform.

Punk rock mohawks Get ready for a jolt: Track down every photograph you can find of any band credited with being one of the pioneers of punk rock: Velvet Underground, Sex Pistols, The Ramones, MC5, The Clash, Patti Smith... wait a minute, none of these people sported mohawks! The closest we get to the stereotypical extreme hairstyle is with spiky hair among the Sex Pistols, and that was mostly unkempt bedhead rather than a deliberate fashion statement. So where the heck did the mohawks come from? The fans, again. Actual punk bands didn't start appearing with mohawks until at least the '80s. For a double-debunking, the actual Mohawk Indian tribe (they inhabited what is now upstate New York) didn't exactly invent the hairstyle - it's been found around the world and throughout history going back to 2000 years ago in Ireland!

Iron maidens The band Iron Maiden is itself named after a false cliche! There never was such a torture implement - the coffin-like shape with spikes on the inside meant for pressing and skewering a hapless victim within - deployed. Although the imagery is so powerful that it seems you cannot find an illustration of a Middle-Ages torture chamber without an iron maiden in the corner, it was not invented until the 19th century - by people trying to recreate and reconstruct various devices for museum exhibition, and of course by fiction authors such as Edgar Allen Poe. There were a few Medieval Spanish Inquisition devices which looked like a maiden statue, but historians simply misinterpreted their purpose.

"Scarface"-style gangsta rap "Gangsta" culture within the rap community doesn't show up for many, many years in rap history. First, rap as we know it started out in spoken-word style blues music. '70s disco and funk contains sections of chanted lyrics (see Frankie Smith's "Double Dutch Bus" for an example). When rap proper came along in East Coast cities, it was more upbeat and positive. It had to travel all across the country to the West Coast before it became associated with gangsters via gang-banger culture, which, once again, was more a tendency of the fans than the artists themselves. Finally, a resurgence of popularity of the film Scarface suddenly got all those Al Pacino silk-screen shirts into rap culture.