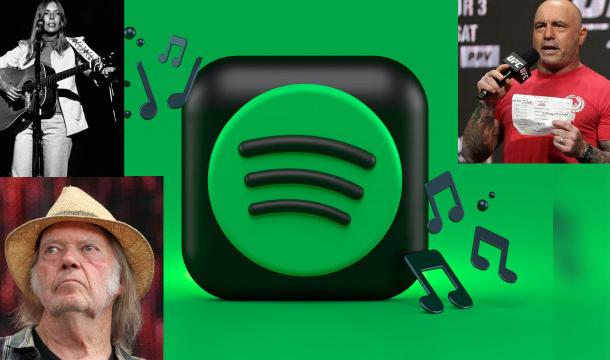 All this rage and news lately revolves around a certain podcaster name of Joe Rogan. Quite a few people object to Rogan's act (to put it most diplomatically). More specifically, he takes some political stances that divide people. Well, OK, he's an anti-science kook, bad enough that a squad of doctors wrote to Spotify calling Rogan "a menace to public health." Rogan is currently hosted on Spotify, the music streaming service which has become a very anchored platform in 2020s' social media. 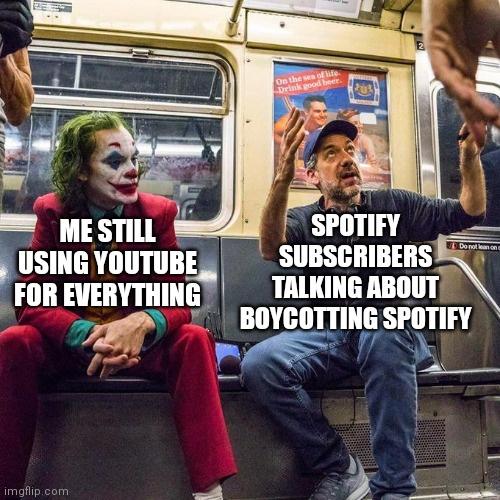 Since then, the following dominoes have tipped from there:

The rest of us munch popcorn from the sidelines and watch to see how the standoff ends. But in the meantime, the rest of us would like to just listen to some damn music already. 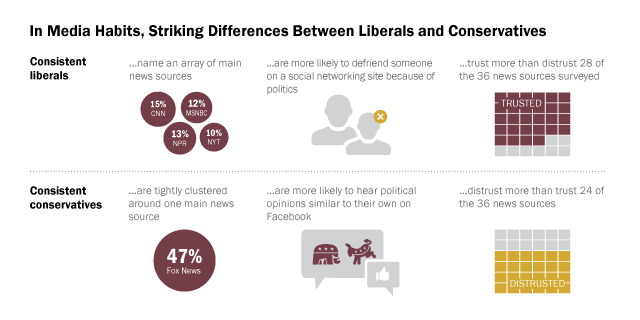 Why Must Media Platforms Become Politicized?

The problem here is that we can't just go about our business in 2022. Do we support Apple with its questionable international labor practices? Do we support Amazon with Jeff Bezos' ruthless greed? Do we turn to YouTube and resign ourselves to being scanned and barcoded by the advertising juggernaut? No? Well we had Spotify, but now their crappy politics drive us away. Are there any scandals on Pandora or Bandcamp? It's only a matter of time at this rate.

This is the monkey's paw I wished for back when. In my landmark essay "The Invisible Nation," I pointed out that electronic media is far too important in our lives for us to treat it as anything less than a governed, civilized space. And governments, even multinational cooperative ones like NATO, are too small to do that. So by default, that leaves the corporations that run the media to police themselves.

At my 123ish piece which I wrote following last year's US capitol insurrection and how the South Will Fall Again, I also indicated how media companies were doing just that. Following the attempted insurrection, social media platforms dumped out Trump and his followers in droves, while other corporations tore up the checks they had been funding Republican candidates. There we have it: Social media companies having to serve as vanguards of public safety.

Just to be clear on the record here: I DON'T think that relying on media corporations to police themselves is a story with a happy ending. That is simply the only plan we have available. I'd just as soon turn the task over to the nearest council of deities on Mount Olympus, but so far they don't seem interested. 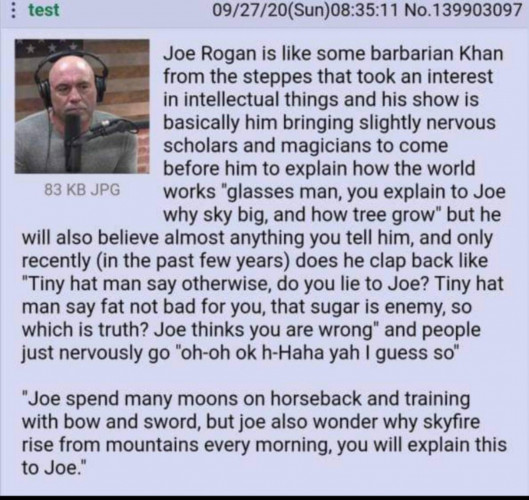 Thus far in the story, it may come as a surprise to some readers to discover that Spotify has indeed taken a stance against misinformed content in the past. Just this time last year, Spotify removed Pete Evans for - wait for it - promoting "dangerous false, deceptive, or misleading content about COVID-19."

Wait, that was…? Yes, exactly the same thing Joe Rogan is accused of.

Come to that, in April of 2021, Spotify already removed some 40 of Joe Rogan's podcast episodes. That was done sans explanation. And in further related news in December of last year, Spotify was forced to clip 150 hours of content from various performers after a UK investigation found them to contain hateful content.

So we see that Spotify has pulled content before, even Rogan's content. What is different this time? Moreover, why for cracker's sakes would you take Joe Rogan's side over Neil Young and Joni Mitchell? These are famous, beloved musicians with generations of fans; Joe Rogan is Joe Blow from nobody. Come back in 20 years and see who still has fans.

But the answer becomes clear if you consider that Spotify never aimed to be in the music business to begin with. It's in the podcast business, because music artists are looking for platinum album contracts. By contrast, if you so much as deem to spit on a podcaster, most of them would be grateful for even that much recognition. 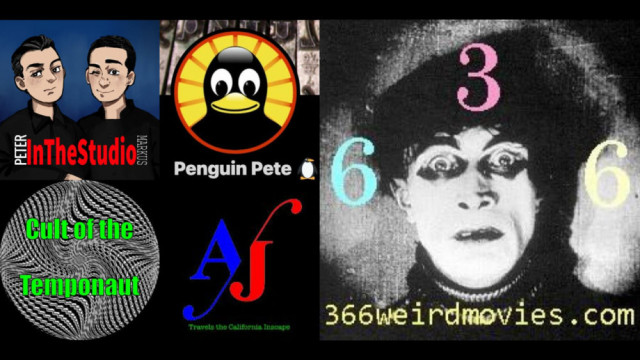 That's the spot we're left in with the current project I have going on with my creative drama club. We just happen to host on Spotify too, with "Average Joe Travels the California Inscape," a serial fiction horror-comedy about 1940s-style gumshoe detectives in a town infested with occult monstrosities. Not to mention several other works voiced by the golden pipes of Orson Bennett, such as In the Studio mit Markus und Peter!, The Cult of the Temponaut, Judson Bottom, and a run of shorts from several of us loon writers.

And we've been hosting on Spotify. At least, until now we have. We're debating whether we want to move platforms, bound to be a sticky and grueling task. Since our tiny little fiction podcasts have a tiny listener following, moving to a new platform is a disruption to our traffic growth which may never afford us to recover. We're screwed either way.

Now consider all the music artists out there trying to get a career started without getting swamped in a political fight they had nothing to do with.

THIS is the harm that politicized platforms do. It would not have gotten this bad if you'd all listened to us FOSS advocates in the 1990s yelling that tech companies were getting too big and controlling too much of our lives. But we're kinda here now.

Now we have no choice but to keep on searching for a heart of gold - belonging to a benevolent media platform. 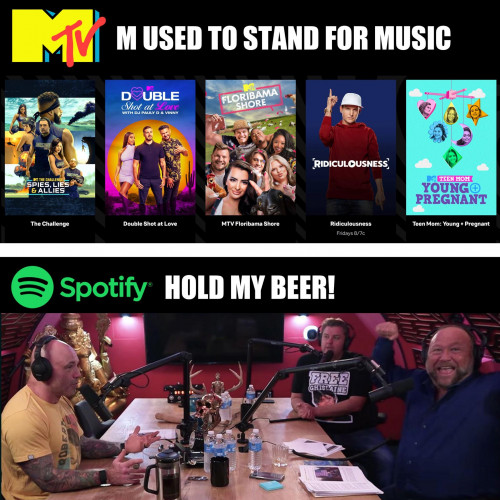