The Forgotten Art of the Animated Music Video 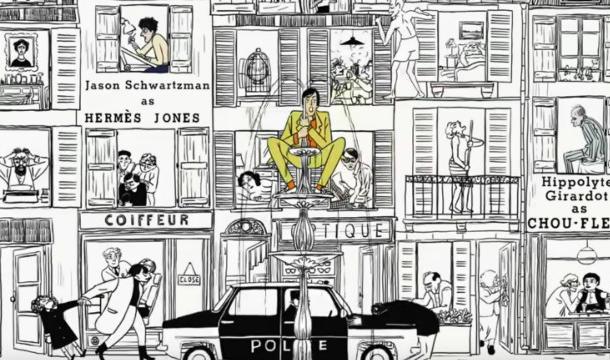 We try to aim most of our music lists around here towards playlist filler for you busy iPod listeners on the go. The trouble with that plan is that we seldom get the chance to emphasize the visual aspect. MTV has come and "gone," more viewers today cutting the cord and going all-streaming - including yours truly.

So we're not doing the top animated videos of all time, because the best of the '80s and '90s are already well-known. Instead, we'd like to showcase more recent animated videos which you might have missed amid your all-Spotify music diet.

Taylor Swift - Look What You Made Me Do

"Look What You Made Me Do" was a 2017 comeback song for Taylor Swift after a year's hiatus. It's a gritty little grrl-power song about revenge, with some twisted psychology applied in the lyrics. The video broke records on YouTube for most views, so it's possible you've seen this before. The animations are nicely realized, a blend of whimsical typography and grindhouse thriller from movies in the I Spit on Your Grave genre. The black, red, and white colors accentuate the menacing tone, while the snake motif plays with the deceptive aspect. Wouldn't this have been perfect for the Kill Bill soundtrack?

The Squirrel Nut Zippers are a swing / jazz-age revival band, so it comes as no surprise that the animation would be from that era as well. While this song doesn't make a lot of sense by itself, the video completes it, turning it into a little story. This loving tribute to Betty Boop and other Fleischer-era animation has an innocent couple check into a hotel which is apparently haunted, or controlled by a chaotic caretaker who bends reality just to terrify the guests. The opening, non-animated part is also a tribute, to Cab Calloway and his manic stage act.

Tally Hall - Hidden in the Sand

Keeping with the black and white theme, this song by Tally Hall takes a slightly different approach. Paired with their low-fi, retro song which evokes 1950s South Pacific vibes, the video shows the crew and passengers on a cruise ship dancing up a storm - until a woodpecker somehow sinks the whole ship by pecking one hole in the deck. The animation is curious here, obviously imitating the style of 1930s cartoons, but also done with more modern lines and motion, like a Flash cartoon.

The band Sparks is an art-pop UK group which has been around for a long time - 24 studio albums and counting. But they hadn't had a charting hit in the US Billboard since the 1983 release of their In Outer Space album. That changed with their album A Steady Drip, Drip, Drip, which charted in the US again as well as sustaining their popularity in the UK. This video for "The Existential Threat" likely had no small part in that comeback, animated to terrifying and hysterical perfection by legendary visual artist Cyriak Harris. The hyper-paranoid attitude of the song together with the lurching, jerky animation could not have come along at a better time, right at the peak onset of the global COVID-19 pandemic.

Trailer to The French Dispatch (in theaters now)

Director Wes Anderson, darling of the indie movie circuit, directed this animated video. It's a rare turn for him, since he's most associated with live action films with sets unsoiled by CGI. Seeing this video inspired this list, because this is a whimsical trip through an inked and animated France. The trailer reflects the ensemble cast of the film, one of those movies which follow various characters through individual plot threads. It's the rare kind of cinematic animated opening we miss now, because they just don't make 'em like this anymore.

This is the part where we challenge your definition of a "music video." Originally, an episode of the disgustingly popular animated sitcom Rick & Morty featured this song in two parts, which was later stitched together with clips of the episode into this full video from Adult Swim. So a little backstory: In this episode, Morty is set up to be a bleeding-heart softy who saves a gaseous alien creature from being assassinated, only to discover that its nefarious motives would have rather justified talking it out. The telepathic alien invades Morty's mind with this song, intended to distract him. It's done as a deliberate parody of psychedelic morphing animation, but is just too funny to leave out.

Finally, we have one of the most original ideas in animation ever attempted, by an unassuming indie jangle-pop band filming in a junkyard. Hollerado states that they wanted to do something "cheap and awesome." What they came up with is described as "human 8-bit," a 6x4 "screen" rendered using people flashing poster-board images (stacked to the left of each assistant) in the cubbyholes of an open building. Considering the imaginative ways they used this to render an equalizer, a video game, bass guitar tabs, and more, it's a shame human 8-bit didn't catch on. This video is 12 years old now. Time for a revival?

That's it folks, blog posts have to stop somewhere. Maybe you can tip us off to more recent animated video greats made this century?