Get Paranoid With Our NSA/CIA Playlist! 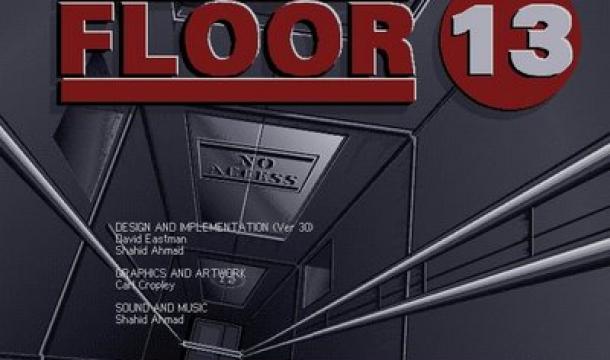 It's that time of the year again, when everybody gets spastic freaked out over the government watching us.

Well, you're right! The government IIIISSSS watching you, and it's doing it from radio receivers inside your head, buried under your flabby hippocampus. The government is watching you with narrowed eyes, panting and huffing, licking its lips, watching your every private moment throughout the day and night, even reading your dreams. You're in the Matrix now, there's no escape, each of us is suspended alone in a black void under a relentless cyberpunk rain of green Unicode. They're controlling your mind and spreading chemicals with contrails in the sky and watching you through the shower-head cameras and sending aliens to anal-probe you at night and even controlling the weather with that damn HARRP thing...

With no choice but to endure an eternity of suffering in the belly of the metal beast, here's our proposed doubleplusgood soundtrack approved by the Cabinet of the Deputy Assistant Secretary of Policy at the Ministry of Scaring The Crap Out Of You.

This is the version playing at the end credits of the utterly brilliant Coen Brothers (as in Big Lebowski) film Burn After Reading, which is so topically relevant right now and yet unknown and under-appreciated, it ought to be required viewing for everybody who has had anything to say about the Edward Snowden case, including everybody in government and everybody in the irresponsible, hyper-idiot media. Brad Pitt in Burn After Reading is playing Ed Snowden, right down to the hair.

Speaking of spy film parodies, did you know Snowden claims that CIA agents once got a banker drunk and "encouraged him to drive home in his car," a scene later identified as having come from the Hitchcock film North by Northwest?

You all can cherish this, it's a classic in its own right. But for our money, The Plugz owns this song forever with their Spanish version "Hombre Secreto":

"Secret Agent Man" came out in 1966, a Billboard hit at #3. It was made originally for the US version of the British TV series Danger Man, which starred the late (and much-missed) Patrick McGoohan as the title role - McGoohan was also the driving force of a similar UK series with an even bigger cult following to this day, The Prisoner.

Carly Simon - "Nobody Does It Better"

Recorded by Carly Simon for the '77 Bond franchise hit The Spy Who Loved Me.

And incidentally, note the gymnastics in the opening sequence there in the video - Snowden's alleged girlfriend, camera-friendly Lindsay Mills (who was firmly thrust into the center of the Snowden saga on day two and then her blog was taken down, she disappeared into hiding, and we've all been told to never speak of her again) is claimed to have been a member of the Waikiki's Acrobatic Troupe in Hawaii. The Spy Who Loved Me was filmed partly in the South Pacific. Hey, we never noticed this pattern before we started blogging it...

This one's just perfect for the paranoid mental frame that government intelligence stories put you in. With its rapid-fire jumble of acronyms and political themes, it's more fitting to the story in tone than subject matter. It mentions the CIA anyway, but only as part of a paranoid fantasy of a crack addict.

The lyrics also mention the KKK and Nazis, which should ring a familiar bell if you know Edward Snowden's politics - he donated to US presidential wannabe Wrong Paul, just like avowed Nazi and current KKK Grand Wizard Don Black. We swear, we're just stumbling on these as we roll along.

McCartney's theme song custom made for the '85 film of the same title. It also became a solo hit for McCartney in the US Billboard at #7, although - somebody correct that Wikipedia entry? - It was preceded by McCartney's earlier solo Billboard hit "No More Lonely Nights" at #6 in 1984 (from Give My Regards To Broad Street).

Well, we can't tie Snowden to this song, can we? Wait... Edward Snowden was a high school dropout who also quit community college and the film has Dan Aykroyd as "a geekish, basement-dwelling codebreaker for The Pentagon who aspires to escape his under-respected job to become a secret agent"!!! What is going on here? Who set this up?

The Police - "Every Breath You Take"

Hey, if the connection between NSA/CIA spying and this creepiest of songs by the world's creepiest band isn't obvious by now, you just haven't been paying attention.

By the way, Snowden originally claimed "But I, sitting at my desk, had the authority to wiretap anyone, from you or your accountant to a federal judge to even the president if I had a personal email." - which certainly sounds like the same level of godlike surveillance power claimed in this song. But that claim was later rebuked by several intelligence administrators and finally backpedaled by Snowden himself in his subsequent interviews.

That's the Weird One's own parody of Miley Cyrus' "Party In the USA." Nope, we can't connect anything from this directly to some element of the Snowden case, because it only came out two years ago, and Snowden's too old-school.

But speaking of old school, the fact that the NSA spies on Americans is very old news, indeed. As old as 2006, when the story broke about Crypto City, the NSA's own surveillance complex, about which:

"The news that several major communications companies provided the NSA with more than a billion pieces of data from phone calls and e-mails conjured up the worst Orwellian images of Big Brother. The massive database knows who spoke with whom and for how long. The agency can determine not only which US citizens received a call or an e-mail from places like Saudi Arabia and Afghanistan, the IT spooks with their state-of-the-art computers can also sort through the vast flood of data to identify everyone who has been in contact with them."

...was widely known and first broken by reporter William Safire in 2002... with much less fanfare and splashy show. And that's just part of the activities of the scary-logoed Information Awareness Office. Heck, any of us could have gotten this scoop just starting form the NSA's kids' portal.

Keep your tin-foil hat on out there!