There's More To Humor In Music Than Weird Al Yankovich, You Know 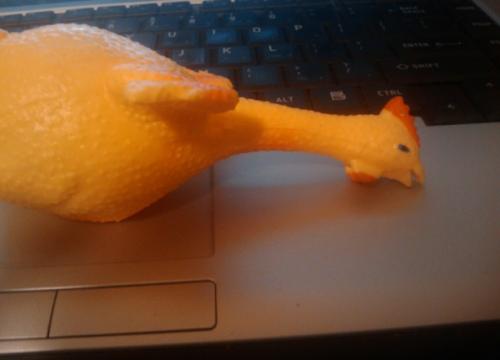 You might call it the problem of small reference pools. To many members of the mainstream media, all classical music is Beethoven, all comic strips with animals in them are The Far Side, all horror novels are by Stephen King, all computers are Microsoft, and all scientists are Albert Einstein. And of course, all funny songs are done by Weird Al Yankovic.

You see this all over the web where many songs on music playlist sites are mislabeled as being by Weird Al - and he even complains about this, because people end up cussing him out in emails because they were offended by songs he didn't even write. So check out this list of humorous music artists still popular today - perhaps there's a song in your MP3 library that should have been attributed to one of these acts instead.

Spike Jones - Active in the 1940s and 1950s, Spike Jones and his band gave the parody treatment to many songs of the pre-rock era, including "Cocktails for Two," "Yes! We Have No Bananas," and "All I Want For Christmas Is My Two Front Teeth." And most famous of all is his treatment of the song "Der Fuehrer's Face," which has gained new popularity on the Internet.

Tom Lehrer - What geek wouldn't love him? Tom Lehrer was an intellectual, having earned a Harvard degree in - and even done work in - the mathematics field, as well as working for the National Security Agency, before turning to a novelty music career. Thus, we have a bright mind with an expensive education now writing two-minute funny ditties. No wonder he had to be the one to write "The Elements Song," along with such brash classics as "The Masochism Tango," "I Got It From Agnes," "I Hold Your Hand in Mine," and "The Vatican Rag." So you think your modern groups are edgy? Tom Lehrer got away with singing about perversion and necrophilia, as well as satirizing politics, religion, and the military, all in the 1940s and 1950s - when Elvis was still considered scandalous for wiggling his crotch!

Richard Cheese - As we already pointed out earlier, Richard Cheese does lounge-music covers of popular songs for a career. He's kind of the opposite of Weird Al - where Yankovic keeps the tune and changes the lyrics, Cheese does the same lyrics to a radically different tune.

Tenacious D - This one is a parody act, with Jack Black and Kyle Gass doing a send-up of every excessive hard rock cliche you've ever heard of. But they're also a very talented duo in their own right, sounding good enough to pass for the real McCoy. They've got two albums out so far with a third in the works. Just for an example, consider their song "The Metal" and ponder that Kyle Gass explains that their method is simply to write great songs, which somehow come out funny.

Frank Zappa - While Zappa's Internet-fueled second wave of popularity focuses on his ground-breaking experimental jazz-fusion work, don't forget that most of his songs were funny. He even released a whole album titled Does Humor Belong in Music? Revisit such classics as "Valley Girl," "Disco Boy," "Dancin' Fool," "The Meek Shall Inherit Nothing," "Evelyn, a Modified Dog," and the very risque "Jewish Princess."