Five Songs You Didn't Know Were About Real Historic Events 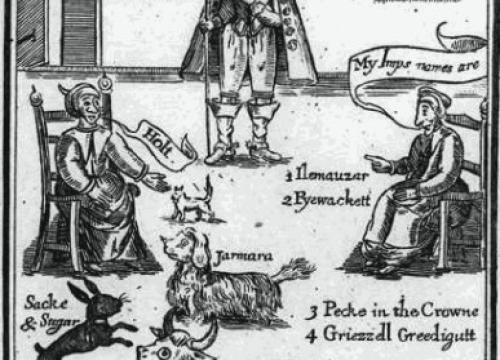 Of course, it's obvious with songs like Deep Purple's "Smoke On the Water" that they're talking about a real-life event. And Sublime's "April 29th, 1992", where the Miami riots are cited by the date right in the title. But sometimes it's not so easy to tell that a real-life event is the subject of the song. Here's some that may surprise you:

These were a series of riots that broke out in World-War-II-era Los Angeles, California. Marines stationed at bases in California had clashes with local Latino youths, who, you guessed it, wore "zoot suits". That was their gang uniform back then! As opposed to modern day baggy pants and sports team jackets, "Pachucos", as Hispanic gangs called themselves, took to throwback "zoot suits" to express their affiliation.

This refers to the general violence between Catholics and Protestants in Northern Ireland, specifically the 1972 Bogside Massacre where British army soldiers opened fire on a mass of civil-rights protesters, killing fourteen and wounding many more. Some of those killed were teenagers. This was part of a greater ongoing clash, referred to as "The Troubles", in Northern Ireland where the conflict came pretty close to a civil war.

Unsurprising for a Midnight Oil song, this has a political meaning. The mines in question are blue asbestos mines in Wittenoom, Western Australia, owned and operated at the time by CSR (Colonial Sugar Refining) Limited. Workers at the mine contracted lung diseases from inhaling the asbestos while working there, despite health code violation warnings. Diseased workers later sued and won, while Midnight Oil painted the controversy as the typical corporation exploiting the middle class.

"Run to the Hills" - Iron Maiden

While Iron Maiden usually sings about fanciful elements, fantasy stories, and even classical mythology, this song was about clashes between early American settlers from Europe and native North Americans. The first part of the song is told from the native's perspective, and the second half from the Europeans.

Not only this song, but there's also a band, with an album and title song, also by the same name. The deal is, there really was such a person called "The Witchfinder General" - Matthew Hopkins, a witchhunter during the 1600s English Civil War. During Hopkins' reign in this position, it is estimated that he personally tried and hung 300 women within the space of a few years, convicting more "witches" than all of British judiciary in the proceeding century.