You're a Misinterpreted Song, Charlie Brown! 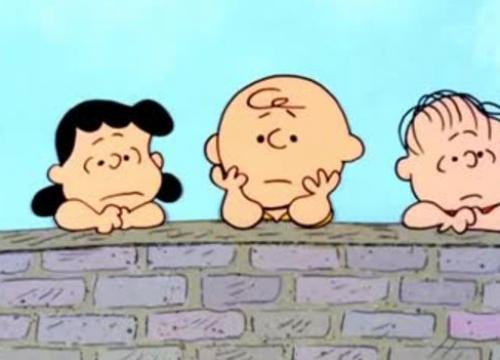 Everybody knows that clown, Charlie Brown, from the Peanuts comic strip by the much-beloved and now-much-missed Charles M. Schulz. And of course, the 1959 classic song by The Coasters, commemorating the character...

Oh, wait a minute. This just in: The song "Charlie Brown" has nothing to do with the character of the same name from the comic strip.

Well, how does that sink your submarine? Yes, according to legendary songwriters Jerry Leiber and Mike Stoller, who wrote many hits for The Coasters, there was no connection between this song and the comic strip. Instead, lyricist Leiber reports that "He's a clown, that Charlie Brown" was just one of those odd phrases that popped into his head. He reports the same phenomenon behind the previous Coasters' hit "Yakkety Yak", when he just called "Take out the papers and the trash!" while playing piano and it just happened to go along with the piano piece he was experimenting with at the time. Jerry Leiber was a master of serendipity.

The Coasters were in love with the novelty songs that Leiber and Stoller cranked out for them. If you can catch a video on YouTube showing their original stage act, they got dolled up in costumes for a school number (complete with the title character in a dunce cap). You'll notice that the characters bore no resemblance to the characters from the Peanuts strip, which, having run only nine years previously, wasn't yet that famous compared to the celebrated legend it is today.

That being said, what is the song about? Just some random kid who gets in trouble a lot. With school season just getting underway, can everybody identify? Being a song released in 1959, it contains some badly-dated expressions we might as well explain here...

It's always been a point of confusion, because these lyrics describe somebody who's a lot more of a trouble-maker than the comic-strip character, whereas the "real" Charlie Brown was always a straight arrow who inevitably ran afoul of bad luck far out of proportion to his deeds.

As if that weren't confusing enough, Coldplay's 2012 hit "Charlie Brown" also has nothing to do with the comic strip character. But it, too, describes a character who's far more anti-social than the Charles M. Schulz character.

So, now we're clear? That's only two songs, not too bad. Oh, wait... there's yet a third song by the same title by the Belgian trio Two Man Sound, released in 1975, and doing quite well in markets outside the UK and US. Since no English interpretation of the lyrics have made themselves evident yet, we're going to assume this is another devious attempt to misguide our love of comic strip characters into unrelated hits.

By the way, let the record reflect that this article made no mention of the pre-Simpsons-Jim-Reardon underground cult 3:20 minute short animated hit Bring Me the Head of... *urk!*