All You Need Is Cash - Songs About Money 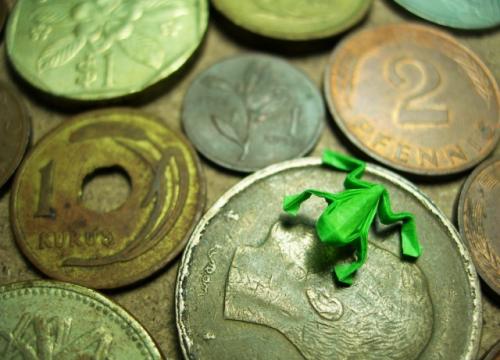 To quote Danny Devito in the crackling-good 2001 caper film Heist, "Everybody loves money. That's why it's called 'money'!" Love of it's the root of all evil, it won't buy happiness, and the road to hell is paved with it, so it makes sense that quite a few bands would sing about it. But take a look at this list, and you'll find that everybody has as many different approaches to the subject as there are kinds of money.

This song is written from the perspective of slogging through life in the poverty bracket: "I work all night, I work all day, to pay the bills I have to pay, Ain’t it sad? And still there never seems to be a single penny left for me - That’s too bad."

This is the song that documents two young people brought to a life of crime by their lust for money, with the most terrible rhymes known to all of rock history. But it got popular anyway, just because it's such a bouncy little ditty, and because it shares the chord structure from "Sweet Home Alabama" and "Werewolves of London."

Monty Python - "The Money Song"
Token coin: A plastic coin from one of those toy money sets

Eric Idle provides us with this passionate reflection upon the invigorating nature of cash and the joy of reveling in... oh, heck, here's the YouTube video, see for yourself.

So, you have somebody mooching off you? Tell that parasite to go support themselves! This rather populist anthem directed at deadbeat spouses has a dandy little video that goes with it, filmed at California's Universal Studios' back-lot. Film geeks quiver, because many of these scenes were destroyed in the 2008 fire there.

From their Dark Side of the Moon album. Of course, it's the most famous example of a money song, so we don't dare leave it off the list or everyone will complain. But now that we've included it, because it's such a well-known song, what else can we say about it but 'Here it is! You happy now?'

The O'Jays - "For the Love of Money"
Token coin: the thirty pieces of silver that Judas sold Jesus out for

This is the song you'll recognize from a million-and-one commercials - just the chorus, because the advertisers want you to think about the money, not the evils of it, which this song hauls out the pulpit to preach about. We also covered it before in No Sale, because we love to write about the same song over and over.