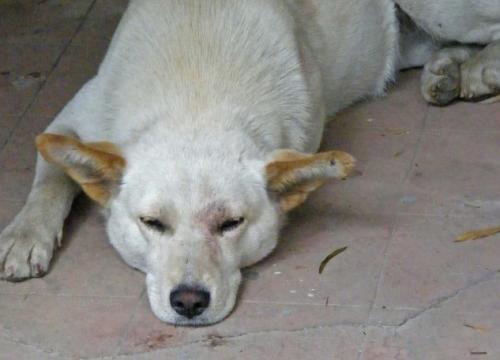 You know what those seven dwarfs can do with their chirpy "Hi ho, hi ho, it's off to work we go"? They can stick it right up their little dwarf patooties, that's what. There's too many cheerful songs about work, and not nearly enough about just how much we hate the drudgery. With the holidays now over and summer vacation still months away, these are the dog days of your job, when it's just weeks and weeks on the treadmill with no end in sight.

Put these on your playlist for when you hit that snooze alarm one more time, mysteriously disappear on a two-hour lunch, sneak a nap in the stock room, and tiptoe out of the office twenty minutes early - we know you do, anyway.

Probably the earliest example we can find. This song defiantly thumbs its nose at the protestant work ethic by saying that "bony fingers" are all you'll get for working your fingers to the bone. It's also the stereotypical country song, the kind non-country fans like to make all the jokes about.

Any song that refrains "I don't wanna work" this often is perfect for this list. In fact, it also says "I don't wanna play" either, because it's just as much about wanting to work on practicing music - which transcends both work and play, as any musician can tell you.

"Take This Job And Shove It" - Johnny Paycheck

Ironic name for the singer, since he won't be getting a paycheck much longer with this attitude. This is yet another country song (see a pattern?), and it's also from a blue-collar perspective. It made #1 on the country charts about 1977 and inspired a film by the same title, about beer brewery workers rebelling in a factory in Dubuque, Iowa. It's still a country favorite, country radio stations love to play it at 6AM Monday morning.

The song with the most generic title, hard to find, and once you do find it, it's impossible to get out of your head. Look for it on their studio album Here Come the 123s, or in their short-lived "Podcast For Kids" feature, clips of which mill about on YouTube. Once you hear it, you will never again wake up to an alarm clock ringing without your hindbrain immediately sounding that trumpet and marching off to the shower with "On Monday, I never go to work, on Tuesday, I stay at home..."

Probably the first song you thought of when you saw the title to this post. In an exact inversion of the Johnny Paycheck song mentioned earlier, Dolly Parton wrote this song for the film, which came first. Being a merry romp with Dabney Coleman, Jane Fonda, Lily Tomlin, and Dolly Parton, the song and the film go together like ice cream and soap operas. It's enough to drive you crazy if you let it!

"At My Job" - Dead Kennedys

By the way, Dead Kennedys also did a cover version of "Take This Job And Shove It", which probably made a few heads spin in the country music world. "At My Job" is on the Frankenchrist album, and sounds really out of place among the rest of the hardcore punk tunes. This one is set to a steady slow-pounding tempo, as if you were one of the many slaves chained to the oars rowing a ship across the Mediterranean. Yes, that's just what your job feels like, doesn't it? Row, slave. Row.

This is probably the most cheerful quitting song ever. You can skip from the factory gate all the way to the parking lot on this one. Although it's actually a whole metaphor for the folk music scene - the protest movement of the '60s - and how Bob Dylan was fed up with the scene enough to declare his independence from it. Still, it's funny and fitting for describing why you want out of anyplace.

Hey, wait a minute, what are you doing reading this during office hours?