Eight Nineties #1 Hits You Wish You Could Forget 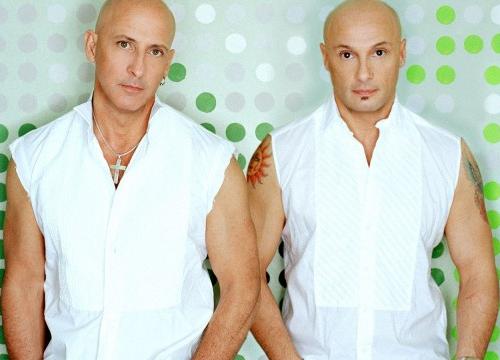 In the first place, this is a "deep-south style" country hit set in the US by a Canadian artist who probably wouldn't know a plate of grits if she was drowning in it. In the second place, it's a tribute to Elvis, but it chooses to celebrate the cheesiest possible aspects of Elvis culture - the title is a reference to those cheap Tijuana chalk-on-velvet paintings you'd see in thrift stores. In the third place, it declares (in the chorus, yet!) a "new religion that'll bring you to your knees" - thanks, Elvis is revered, especially around here, but we're not quite there yet. Fourth, it was a world-wide hit and became overplayed to death, continuing today. Please make it stop!

C + C Music Factory is one dance band we're glad faded away. Nothing was their own; they were a corporate band (with ten some members) with songs written by committee, arranged by computer, and pitchforked onto MTV like hay. Their "Here We Go" - which, we have on good authority, was written by a parrot - was so bad that it makes this song worse by association.

Bryan Adams' slowest, sleepiest love ballad, exactly like slowly drowning in Karo syrup, was overplayed to death. We mean, it came out of the sky day and night on a loop. Your phone would ring in the middle of the night and it'd be this song. Doctors would hear it through their stethoscope when they were trying to listen to your liver. And then it became the theme for the forgettable over-marketed film Robin Hood: Prince of Thieves... so the radio stations began playing it again just when they almost stopped. We tried to blow our brains out then, but the gun just played this song when we pulled the trigger.

Anybody remember Right Said Fred? No? Good! Next song...

Meat Loaf's power ballad to end all power ballads almost doesn't deserve to be on this list, but we can't let it slide that (a) it's too hanged loooooooong, and (b) seriously hard to understand. What is the thing he will not do for love? We know the answer because we do this for a living, but do you? It's the number one question he gets asked today. Because it's hard for people to understand.

And everybody jump up and do leg squats while making complicated boxes in the air with your arms! Which no two people did the same, resulting in lines of uncoordinated people accidentally punching each other in the face! And here's the lyrics: "Mumum mumble mumble huh huh mumhuh huh huh huh... HEEEEEEEEEEEEEEEY MACARENA!" Repeat!

Hanson: one boy band that was everywhere for two years and then everybody was sick of them. We think the fact that their first release happened to be this worldwide (and only) #1 hit had something to do with it. Incidentally, an "mmmbop" is a trigger for female hormones exactly between the ages of fourteen and sixteen.

Of all the worldwide hits to carry us into the 21st century, why in Cthulhu's name did it have to be this one? There were plenty of credible artists, still popular today, who had #1 hits in 1999, like Mariah Carey, TLC, Jennifer Lopez, or Christina Aguilera. Come the end of 1999, and who gets the honor for the official Y2K party song? The Latin Joe Blow Nobody from Nowhere, that's who. "La Vida Loca" (it means "the crazy life", isn't that deep?) was right there to ruin the most momentous New Year's Eve of all of our lives, and then died like the dead horse it was by January 2nd.