This Week in Music News 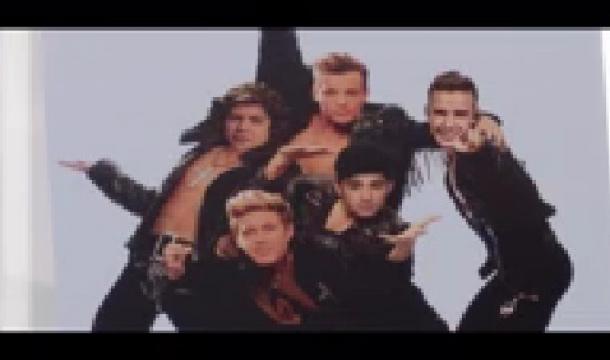 Just last week, I mentioned that I was going to the Iowa State Fair but was bummed I couldn't go Thursday so I could see a live performance of Blue Oyster Cult. In a cruel twist of fate, that turns out to have been the very last chance I would have had to see the original lineup; Allen Lanier has passed away at the age of 67. Lanier's instrumental work helped make songs like "Don't Fear the Reaper" and "Burnin' For You" classic rock hits. By the way, did you know he also wrote some of the Cult's songs, as well as contributing to songs by the likes of Patti Smith and The Clash? Yeah, he even dated Patti briefly in the '70s. Here's Patti Smith's "Space Monkey" with Lanier on keyboards:

Justin Bieber, that bad little boy, just can't seem to keep his pants on lately. What did he do now? Well, I'll tell yah: he arrived at his grandmother's door in his birthday suit and a very strategically placed guitar to sing her his greetings according to warmed-over TMZ dish. How many kinds of wrong is this? Why your grandmother, of all people? And this apparently happened over Thanksgiving, so the jokes about weird visiting relatives and turkeys just write themselves.

Trouble between the police and Guns 'N' Roses

And surprise, the police are the ones in hot water! Slash-replacement Daren Jay "DJ" Ashba apparently rented a Las Vegas police helicopter to escort his girlfriend on a whirly-bird's eye tour of the strip, from where he proposed to her - because nothing says 'romantic' like having to scream your pledge of betrothal over a helicopter - and now the Las Vegas police department is getting the ol' naughty-naughty finger for misusing police resources. Speaking as a former (reluctant) Las Vegas resident myself, the police out there aren't good for much else, so it's not like they took a helicopter away from saving the world or anything, you know?

The 15 Most Hated Bands of Last the 30 Years

Because Alternet is such an arbiter of hot culture? Anyway, Alternet posted a list of hated bands, by their rating. Now, we're looking down this list, and have to admit we sorta see the point - but they're more like the most divisive bands ever, right? I mean, Insane Clown Posse has its Juggalo cult, and every teenager knows at least one Black Eyed Peas song. Alternet, your shine has worn off as time has worn on.

One Direction ripped off The Who, you say?

Oh, speaking of teen bands that get a lot of hate, One Direction is getting accused by some fans of copying The Who. The hilarious thing is that Pete Townsend rushed to One Direction's defense, pointing out that while the One Direction song "Best Song Ever" uses the same chords as The Who's "Baba O'Reilly" - but BIG DEAL, they're the same three chords every rock band uses in most of the rock songs out there! He even mentions that Randy Bachman used the Baba O'Reilly chords for "You Ain't Seen Nothing Yet" when he was with Bachman–Turner Overdrive.

And finally, the most overproduced video ever:

Yeah, so there! Pete Townsend likes One Direction, eat chain!

Hey, look what we found:

Don't laugh, many a Baby Boomer was probably conceived to this. As the Oracle of Wiki explains, the seeming nonsense words are actually phrases expressing the dietary preferences of common stockyard animals with the syllables jumbled.

Who's ready for summer to end?