Even Rock Stars Go Through An Awkward Phase 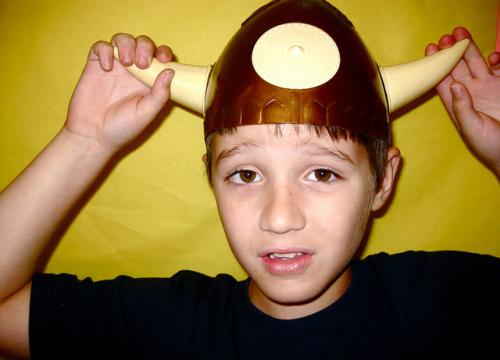 As any teenager will tell you, growing up involves a process where you try on one persona after another until you find one that fits. But before you find yourself, you're likely to try some weird experiments, and even later lapse into the temporary identity crisis or two. A music career is no different. Here, we'll point out five albums where music artists went through a phase that didn't quite fit them... and made the fans go "What in God's name were you thinking?"

This is the best example to lead off the list! Squeaky-clean Boone made a name for himself as the Foursquare American icon of Christian-themed pop - he's never let anybody forget that he was a direct descendant of Daniel Boone. But for one crazy winter in 1997, he donned black leather and a dog collar to hit us all with his view of what heavy metal music was all about. Take any example, like, oh, say, his cover of "Enter Sandman" - as a big band lounge hit, sounding as positive and chirpy as Sammy Davis Jr's "The Candy Man". Stunned silence ensues.

For other stunningly contrary covers, see But Have You Heard the Punk Version of "Summer Nights"?

Nobody's quite sure what exactly happened with Trans. Some say he was just crushed with depression over the various difficulties he'd encountered in life, including the death of a band member and the birth of his handicapped son. Some say he was deliberately making junk just to try to get out of his contract with Geffen Records. Some say it was a natural continuation of the previous album Re-ac-tor and Young's experimentation with new technology in music. What no one can deny was that the vocoder-driven, robotic sounds of the album took him about as far from Harvest as you can get.

These are the two lowest-selling albums in Duran Duran's career, and it doesn't take Sherlock Holmes to figure out why. The albums bookmark Andy Taylor's split from the band and the resultant involvement of hip-hop producer Timbaland and Mickey-Mouse alumni Justin Timberlake. Want to make a Duran Duran fan cringe? Sneak up behind them and start playing "Falling Down". They might even want to get away so bad that they crash right out of the room and leave a fan-shaped hole in the wall like in the cartoons.

The hardest of hardcore extreme metal bands, known for their uncompromising thrash and death sound, decided in 1988 to try to take a stab at being more mainstream and popular... like Motley Crue. Oops, that was a mistake! Songs like "(Once) They Were Eagles" are both painful to experience because it sounds like the whole band's on Ritalin, and titled almost as if the band itself was saying "Look at us: we used to be great!" Fortunately they recovered, and this album is now nowhere to be found in any record store - as the band wishes it.

Hey, are you a celebrated punk rocker looking to take your career down a notch or two? Is it 1989? Well then you'd better bust out the rhymes on the microphone and try to be a rapper! Critics and fans alike had reactions ranging from "He's gone barking mad!" to "That did not happen." It wasn't just rap and hip-hop, either: try the 1950's doo-wop-pop sound of "Mashed Potato Time", which is basically "Monster Mash" with all of the talent bleached out. A wooden cigar store Indian could not listen to it and keep a straight face.