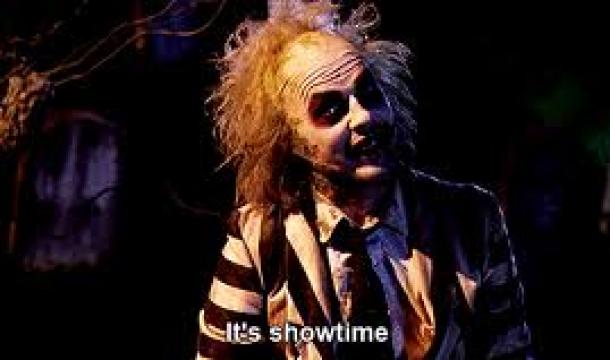 One story in music news this week has taken on a life of its own. For those of you who don't bother to catch the MTV Video Music Awards (as music journalists, we are obligated to ignore it), something happened that made everybody talk.

What happened was: Live onstage, Miley Cyrus stripped totally naked, swan-dived into a swimming pool full of meth, and had a kinky orgy involving multiple species, genus, families, orders, and classes of creature as well as several celebrities, two demons recruited from the pits of Gehenna, a random security guard who got lost on his way to smoke break, and an entire truckload of rubber latex bondage blowup gimp dolls. In an onstage act of blasphemous carnal defilement not seen since Anton LaVey personally summoned Lucifer, she also covered Pussy Riot's anti-Putin song, peed on a crucifix, masturbated with the Quran, bit the heads off a flavor of bat that Ozzy Osbourne recommended, desecrated the Arc of the Covenant, and, for an exhausted closing act, dug up the bones of George Washington and used them as drumsticks to play an encore of "Muskrat Love" in the original, unabridged form while drinking the blood of an aborted Protestant fetus.

Needless to say, monocles popped all around as the distinguished audience was somewhat taken aback at this display of unbridled audacity. Top hats rolled. Harrumphs were harrumphed.

After an extended public debate, it has been decided that the only sensible course of action is to round up and shoot everybody present, burn down the auditorium, salt the ground with turpentine, saltpeter, and mandrake root, impeach Obama, throw Billy Ray Cyrus into a volcano, and freeze Miley in a block of carbonite in preparation for leaving her for future generations at the Yucca Valley toxic waste disposal site. With warning placards for future generations, in every language known, not to meddle further in this ancient evil.

I'm so sorry you missed it.

Anyway, that's why we're bombing Syria now. In other news...

One Direction movie "This Is Us" opens.

Meanwhile, boy boy band One Direction announced the launch of their film This Is Us in theaters. Unfortunately, on opening night of the movie, a towering, roaring, enraged Miley Cyrus from the previous story thundered down the avenue stomping on cars and demolishing buildings and so on, and everybody had to run screaming for their lives.

Linda Ronstadt declares she has Parkinson's

Now, this is sad: Linda Ronstadt gives a heart-wrenching account of her slow descent into Parkinson's disease. Among other symptoms, she noticed something was wrong when she lost the ability to sing first. The article also makes note of the fact that Parkinson's is hard to diagnose and not apt to be uncovered until one consults a neurologist, so beware of strange symptoms that defy other explanation.

William. Shatner. Has released. A new album. It is... progressive rock. It's name. Is. Ponder the Mystery. We're sorry that we couldn't find a source outside the 'Frisco fraternity, so hold your nose and visit Laughing Squid for the press release. So far we've got nothing but an album cover. Ooooooo, but what a cover! Contain your creamy bits, boys and girls! And reportedly Der Shatmeister is peddling prog-rock these days. We gave up on picking on His Shatness years ago - El Shaterino he can do no wrong now. He says progressive, we say "can't wait to hear it, Your Shatship!"

We can't even bring ourselves to share any video this round. That was shock, shock, and awe right there. We're going to go back to hiding from the Internet until next time, and advise you to do the same.