Five Hated Hits - When A Band Despises Their Most Popular Song 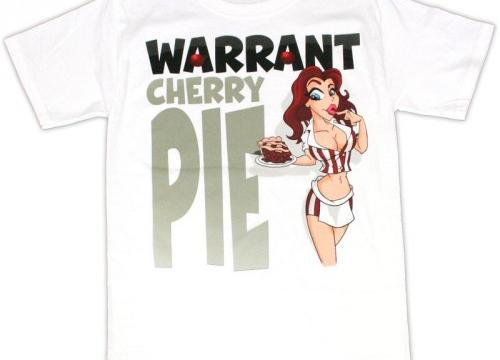 It's almost a legend in music fandom: The one song that all the fans love and the band themselves can't stand. Often it's a case of the artist feeling that the one song overshadows the rest of their work. A song can run away from its creator and take on a life of its own, to the point where the artist feels cursed by it. Worse yet is when the song is populist fluff that some studio executive forced them to crank out, only to have the silly song take away the spotlight from their more serious work.

Here's some of the most notorious examples; if you don't want the band to glower down at you from the stage, don't request these at a concert:

One of the most infamous examples. While Jimmy Page considers it to be a masterpiece, vocalist Robert Plant is on record as disparaging it as a "wedding song" and has roundly refused to perform it live, with only a few exceptions. In an L.A. Times interview he ever said that he'd "break out in hives" if he had to perform it at every live show. He also once made a pledge to a Portland radio station during a charity drive, on the sole condition that they never play "Stairway To Heaven" again!

R.E.M. intended this song to be ironic. It was actually about the Tiananmen Square massacre, during which hundreds of student protesters were killed by the Chinese government, surrounded by posters which bear part of this song's lyrics, when translated. But not only did the song make many music magazine's list of "worst songs by good artists", but everybody apparently missed the whole irony thing. Michael Stipe appeared on a 1995 episode of Space Ghost Coast to Coast just to say he hated the song. They kept it off their 2003 greatest hits album, too.

Reason: It's a Frankenstein monster.

"Yesterday" may not be said to have been hated by all The Beatles, but they certainly felt that it didn't fit their image, which was why it got delayed by two albums before being released, and never got a British single release at all. McCartney also apparently drove the film crew crazy by tinkering with the song on a piano during the shooting of Help!, until somebody threatened to take away the piano. John Lennon also had some criticism of the song. But really, the worst part is that "Yesterday" became the most-covered song in music history, as well as the most-played song on the radio for eight years in a row.

Holmes described the song as nothing less than "the success that ruined his career". Holmes is a multi-faceted fellow, who writes plays, novels, and stories as well as songs. This includes award-winning musicals such as The Mystery of Edwin Drood and curtains. The rest of his music is much more progressive and original. Yet it's the one silly little ditty song that is all he is known for.

You might have heard of Warrant's song "Uncle Tom's Cabin". It was originally supposed to be the title of the album that became known as Cherry Pie. Warrant had the whole album in the can, "Uncle Tom's Cabin" would have been their showpiece single, but then studio label executives made them go back and record a "more upbeat anthem". Warrant shrugged and wrote off "Cherry Pie" in something like fifteen minutes and recorded it in two days. Blam! - the label made "Cherry Pie" take over the album, pushed it as their #1 hit, and Warrant was cursed forever to be known as a 90s-style Van-Halen-type band that did nothing but songs about partying with loose women.