Back To School - The Top 7 Educational Pop Songs 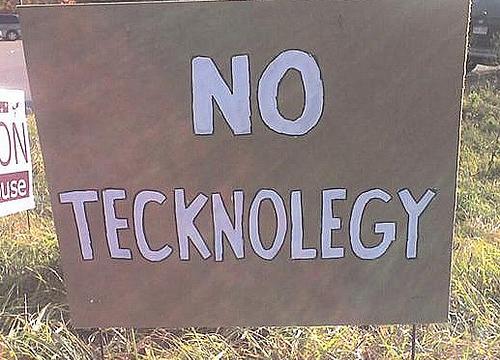 You'd think educational songs would be a broader category. After all, any of us who remember the '70s remember Schoolhouse Rock - those cool animated cartoons set to a song about a scholastic topic. Who could forget "Conjunction Junction", "Little Twelvetoes", or "I'm Just a Bill"? This is when the older folks are right when they tell you younger folks "You don't know what you're missin'!" And then there's the Sesame Street franchise, with plenty of educational songs as well.

But we're not talking about just-for-kids songs. We're aiming for actual chart-topping pop music commercially released for consumption by all ages, which is also educational. It's a slim category. You almost have to grasp at straws. And who, among us, could not use a side order of refresher course to go along with our iPod list? Call your local record label today and demand it: "I want more educational songs!"

Leave it to a novelty-song artist who was an ex-Harvard math lecturer to come up with one of the penultimate examples. This song simply lists the known chemical elements (as of 1959) to the tune of the "Major General's Song". Lehrer gasps for breath as he makes it all rhyme in meter, so the applause at the end is well-earned.

How far have you memorized Pi? For just about everybody not working for NASA, getting it down to 3.14159265 is about far enough - if you get it to twelve decimal places (3.14159265 3589), that's precise enough to build a close-fitting Hula-Hoop around the Earth and only be off by a gnat's leg. But novelty band Hard N Phirm bring in an angelic female duet to recite whole blocks of digits in sweet, muse-like harmony, and rap out some more details around the number besides. With an appropriately surreal video, too. Also see their song about the heart "El Corazon".

Why Does the Sun Shine? - They Might Be Giants

This is one of the problems with science songs: What happens when further research later disproves your lyrics? They Might Be Giants originally cut "Why Does the Sun Shine?" in 1993, as a cover of folk singer Tom Glazer's song from his 1959 album Space Songs. Then later research proved that the sun was not a mass of incandescent gas, but a miasma incandescent plasma, so - in the true scientific spirit, note - TMBG released a follow-up errata song "Why Does The Sun Really Shine?". Oh, and this was updated for their 2009 album Here Comes Science, which has a whole album devoted to our topic! They Might Be Giants loves them some science.

In the 1983 Monty Python film The Meaning of Life, the whole show stops so Eric Idle can strut out of the background and put on this high-hat-and-soft-shoe number explaining the vastness of the universe and our comparative insignificance within it. Physics professors have this for their ringtone.

Don't forget, history is a scholastic subject, too! A real chart-topping hit from 1989, Joel does little more than arrange headline events from his birth year of 1949 to the date of the song's release. Joel even admitted in an interview that before his music career, he wanted to be a history teacher.

Rockabilly and country singer Johnny Horton released many songs with a similar theme of covering a historical event to a quasi-military tune - see also "The Battle of New Orleans". "Sink the Bismarck" refers to the World War II hunt for the German battleship Bismarck, which had so far thrown a gauntlet down on the Atlantic routes between the US and England as the ship that terrorized the waters. It was finally sunk, with the captain making this last communication to headquarters: "Ship un-maneuverable. We will fight to the last shell. Long live the Fuhrer." Wow.

Barcelona isn't a very well-known band so far, but they're making songs about computing, and holy rolling smokes, do we ever need educational songs about computing in this digitally-saturated-but-illiterate age! They were an indie/new wave band in Virginia who puttered around the East coast from 1998 to 2001 before splitting up. Performing at places like MIT, they made an albums Simon BASIC (named after the programming language on the Commodore-64 computer), and Zero One Infinity (including this song). Other computer-themed songs of note by them include "The Downside of Computer Camp" and "Paging System Operator" about crackers messaging each other on a BBS (that's a Bulletin Board System, for you young'uns).