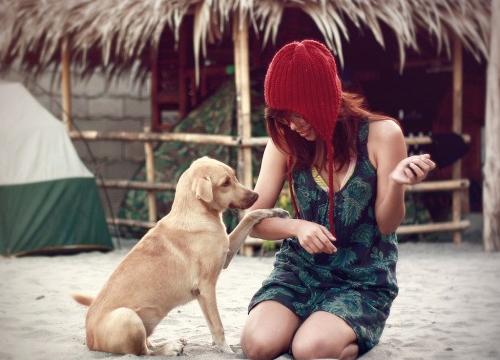 Are you left out of the hipster conversation at Starbucks when the topic turns to music? Are you cringing when your friends sneak a peak at your playlist and moan that your tastes are too mainstream? Are you surrounded by derivative Top-40 tunes and have no idea where to turn to escape the cloying sameness? Fear not (OK, maybe you should be a little afraid), we're going to show you how to be a painfully hip alt-indie music snob in just eight albums.

This isn't about how to be an indie alternative fan. This is about how to fake it. You'll be buying these albums just for looks as they sit on your shelf, having listened to them about two times each, and you will get an intelligent-sounding thing to say about each of them if you're questioned. Yeah, we can't believe the public services we do around here, either.

In the Aeroplane Over the Sea - Neutral Milk Hotel - All you have to do here is memorize the title. The album is at the top of every indie snob's list, and the cover art looks hip on a Tshirt (it's a woman with a cucumber slice for a head waving at seagulls or something), and that's about all most of the people who own this album know about it. Seriously, you could play this album for the band members themselves and they wouldn't recognize it. Compare them to "jam bands" with an wry face.

Loveless - My Bloody Valentine - My Bloody Valentine is a shoegaze band, so notoriously so that it's the only band in the genre anybody can name. So yeah, call it "shoegaze" and say something like "It helps me concentrate when I draw my art." Your "art" can just be tattoo-graffiti doodles in the margins of your ring-binder, and it will still impress everybody after this. It's also excellent background music in a machine shop - the power drills just seem to sing right along with those noisy, fuzzy, downtuned guitars!

Kid A - Radiohead - You can't even get a date anymore without having a posted photo of your face next to this album. If you thought Insane Clown Posse was a cult, Radiohead is a proper religion, with a pope and mass and sacrifices and scripture and everything. The great thing is that you can just have an empty CD jewel case and no one will check you - they'll be unable to imagine that anyone could own this and not have every note of it driven into their brain. Claim that you play it every night when you sleep. Except "Creep", claim that you burned that track out of the CD with a Bic lighter.

In the Court of the Crimson King - King Crimson - These guys are uncompromisingly progressive slow-rock long-hairs who make Pink Floyd sound like thrash metal. They also like their vocals to sound like they were recorded in a well. Declare that this album always picks you up whenever you're feeling depressed. Actually, the music is pretty grim, but that's how people who slice themselves with razor blades for fun think. If this album becomes the center of conversation, say that you're looking to get into Gentle Giant next.

Merriweather Post Pavilion - Animal Collective - Just the cover art says it all - some dull texture that looks like acid-washed fabric. These guys are experimental psychedelic, sounding like bright toddlers playing with instruments they just discovered for the first time. Claim it's your favorite "trip" music. Buy some marijuana-scented cologne to spray around whenever your Animal Collective fan friends come to visit, or else you've never seen your number get deleted from their phone's address book so fast. Even at that, they'll be hard to keep. Animal Collective fans are hard to fool; your pupils are either dilated or they are not.

Funeral - Arcade Fire - After listening to all of these albums in a row, about now "funeral" is the happiest thought you've had in an hour. These guys at least seem to be in touch with planet Earth. So this is the point where you have to act a little guilty, go "Yeah, I don't listen to them as much." They allow a single moment of non-depression to slip in every now and then, you see, so they are "selling out", but they're just barely altie enough to hang on this list. Claim them as your morning commute music.

Trout Mask Replica - Captain Beefheart At this point, you are finally allowed to have some fun with your music, but it's very easy to fake the proper attitude with this album. Despite its being the most enjoyable album on the core indie-alt list, you just have to act like you take this music the most seriously of anything in life. Cram music-jargon into your brain and babble nonsense like "Yeah, every time they shift from 12/17th time to 18/25th time in "Ella Guru", I have to stop and marvel, because they get the counter-melody so perfect! Real workmanship." They'll nod their head sagely and agree. That's alternative rock-speak: Pretend the suicidal stuff is perky and upbeat while the fun and quirky stuff is sophisticated opera. See how easy this is? We actually covered this album before, too, because it is worth it.

The Velvet Underground and Nico - The Velvet Underground The Dreaded Mainstream rears its ugly head! This is the token mainstream album allowed by every alternative rock fan. Hide it behind the others. Pretend to be nervous about being judged when it's discovered. Then talk about it like John Cale made the music what it was, and Lou Reed was just hanging on the coattails of his genius. Claim you only own it because your late mother liked it. Hint that you have a crush on Nico (yes, she's dead now - alties are only allowed to tragically love the deceased). Disdain everything else by Velvet Underground - this is the only album they made before they "sold out".

Final tips: Never, ever, smile around alternative rock fans. Never hum or move your feet like you're going to dance. Do not watch comedies - don't even acknowledge that TV exists in this universe. Play the role of a frustrated, outcast intellectual whom the world does not understand, and be far too deep and incomprehensible to everyone you talk to. Wear clashing, ironic plain colors. Carry books by obscure philosophers around. Use your most pretentious vocabulary.

There, you're one of the herd! It's easier than blending in with punkers or rivet-heads, right?