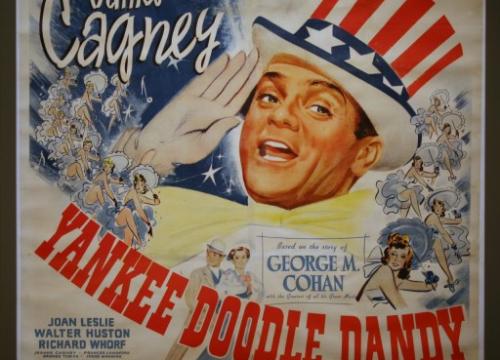 Testing, one, two, we're all still here? Well, then, guess the world didn't end on May 21st, 2011, like Harold Camping said it would. But no matter; on May 23, taking just one day off to let the burn cool off, Camping was back at it and moved his prediction up to October 21, 2011. And did his troop of followers turn on him and condemn him as a false prophet? Nope, they're happily painting over the word 'May' on their gospel trucks and carrying on with the same apocalyptic zeal like rabid attendees at a Big Brother speech.

You'll find the same depth of delusion to certain fans of music. Herein, a second batch of songs where a fan base typically missed the point. Whatever you do, when you encounter someone with the wrong idea about these songs, don't try to argue them out of their delusion. People who have a disconnect from reality (and/or zero ability to detect sarcasm and irony) tend to have a lot of time on their hands...

What it's not: About Tony Stark

Be prepared to facepalm... Many fans of the Marvel franchise comic book character, most of whom joined the fan base after the 2008 film, seem to have it in their heads that the Black Sabbath song is about the comic book character. Sabbath bassist and lyricist Geezer Butler wrote the song as a kind of science fiction ballad about a man who travels in time and tries to warn the present about the future apocalypse, but ends up causing it instead. It has no connection to the comic book character and in fact was originally called "Iron Bloke".

What it's not: About Stephanie Meyer's book

Not to be outdone, paranormal romance fans are also too busy to look past a song's title. So no, vampire-romantics, the Carlton song came out in 2002, a full three years before the Meyer book was even published. And while we're here, the songs of the same name by Thriving Ivory or ELO, or anybody else, also aren't about blood-tasting kisses either.

#3 The Future's So Bright, I Gotta Wear Shades - Timbuk3

What it's not: An optimistic song

The song, according to its author Pat MacDonald, is about a nuclear scientist, and the job he has waiting for him after school is to get hired by the military to develop bombs. The "bright future"? That light is coming from impending nuclear holocaust, which, in the mid-1980s, was taken as an ultimate certainty until the end to the Cold War. This doesn't stop the song from being played at graduation ceremonies.

What it's not: A triumphant victory song

People tend to listen to the chorus part that goes "I get knocked down, but I get up again; you're never gonna keep me down!" without noticing that the rest of the song is about a drunken loser. Hence, they're "pissing the night away" as they get drunk on whiskey, vodka, lager, and cider, and sing sentimental songs that "remind him of the good times". The chorus, then, comes off as more of a boozy braggart speaking than a triumphant victor. So of course you always hear this song in a bar, and sometimes even at sporting events as the victory song for either side.

#5 Anything by Frank Zappa

What it's not: Praising, celebrating, or condoning hippie culture

"Yeah, Zappa, man, he was totally fryin', dude! Just look at how psychedelic We're Only in It for the Money is!" Well, folks, we must be fighting a losing battle here, but we'll point out again and again: (a) Zappa hated hippies, (b) never did drugs, and (c) pointed this out in half of the interviews he ever did, his autobiography "The Real Frank Zappa Book", and did everything but shout it with a megaphone (lyrics like "phony hippies", "flower power sucks", etc.) in We're Only in It for the Money. That album was a parody of psychedelic music. Nevertheless, to this day, Zappa posters grace the walls of every head shop in the land, the band Phish continues to meld Zappa with the Grateful Dead, and Q Magazine included this album in their list of the "Best Psychedelic Albums of All Time".

What it's not: A patriotic - nor American - song

For an end-of-list surprise out of left field, "Yankee Doodle" was sung - to quote Wikipedia: "originally by British military officers to mock the disheveled, disorganized colonial "Yankees" with whom they served in the French and Indian War."

"Doodle" comes from a German word 'dudel' which translates to 'fool' or 'simpleton'. So, years before the Revolutionary War, this song was used to heckle their American counterparts. It was only during the revolution when the American side took the song back, as a kind of rebellious nose-thumbing way to say to the British "Yeah, we might be Yankee 'dudels' - but look who's gonna kick your butt!" To this day, the word 'yankee' and especially the shortened form 'yank' is used as a mild insult, especially by the British. Ponder that this July 4th when you're going to be hearing the song a dozen times.