Superstar Duets That Were Anything But 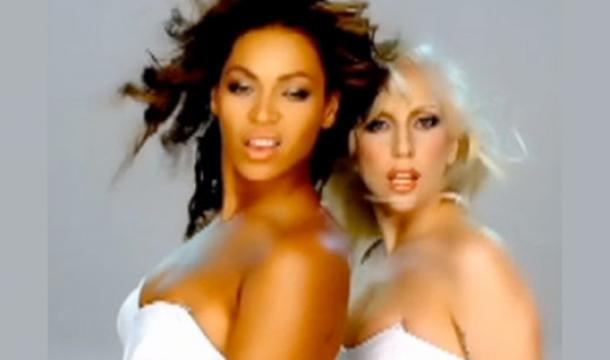 With Shakira and Rihanna's status as two of the biggest hitmakers of their generation, expectations for their recently-unveiled collaboration were understandably high. But while "Can't Remember To Forget You" is by no means the nadir of each act's career, it's fair to say that its 'No Doubt B-side circa-1997' sound slightly underwhelmed. However, it's certainly not the first A-list hook-up which has failed to live up to its promise. Here's a look at five underwhelming 'superstar' duets which turned out to be anything but.

Britney Spears-& Madonna-- "Me Against The Music"

Both parties might not have been firing on all cylinders at the time - Madonna had just released the lowest-selling album of her career, American Life, while Britney hadn't scored a US Top 10 hit in three years. But still, the Queen and Princess of Pop together should surely have produced something more remarkable than this limp, lifeless and instantly forgettable slice of dance-pop. Indeed, far from the baton-passing affair most expected, "Me Against The Music" suggested that both parties wanted to surrender their crowns as its tepid R&B-lite production flailed around for four minutes in search of a vaguely memorable tune. Even Britney's tragic MTV VMA performance seemed less half-hearted.

Michael Jackson-& Paul McCartney-- "The Girl Is Mine"

Despite kicking off the campaign for the biggest-selling album of all time, the two Kings of Pop's collaboration seems to have been all but forgotten about since its 1982 release. It was never given a video, Jacko never performed it live while even in the wall-to-wall coverage of his death, it was barely given an airing. It's with good reason too. Far from the ground-breaking pop that dominated the rest of Thriller, "The Girl Is Mine" is a schmaltzy, sappy and sluggish MOR ballad which sounds like it belongs to a different record altogether. The pair redeemed themselves a year later with the far more enjoyable "Say Say Say" but this remains one of their most disappointing missteps.

Beyonce & Lady Gaga's "Telephone" is arguably a masterclass in how to produce a top-notch superstar duet which plays to both artists' strengths. "Video Phone" is the total opposite. Indeed, originally featured on Mrs Carter's I Am... Sasha Fierce, its aimless blend of tinny beats and smutty innuendo-laden lyrics sounded like they'd been dug up from the dreaded crunk era. While even a 'at the peak of her powers' Gaga failed to make any lasting impression as she struggled to make her voice heard above the utterly generic production. Pointless in the extreme.

Martha & The Vandellas' "Dancing In The Street" is so effortlessly joyous that you think it would be impossible for even the most musically-challenged to massacre, let alone two cornerstones of British rock. And yet hamming it up as if they were auditioning for a pantomime, David Bowie and Mick Jagger somehow manage to make the Motown classic sound cheap and nasty. -Recorded specifically for Live Aid, the pair's intentions might have been good but the results were nothing short of horrific.

Also recorded in the name of charity, the biggest two UK girlbands of the 21st-Century hooked up in 2007 in order to raise money for Comic Relief. Between them, Sugababes and Girls Aloud had racked up over two dozen gloriously inventive pop singles. However, produced by Dallas Austin rather than their usual hit factory, Xenomania, "Walk This Way" was a 'will-this-do' cover of the Aerosmith/Run-D.M.C. classic which suggested that the two rivals couldn't get out of the studio quick enough.