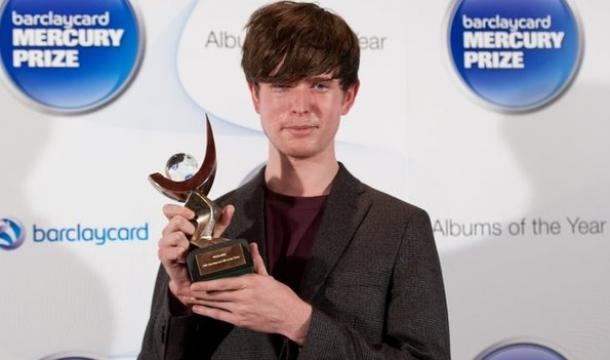 The actual statue he almost forgot to leave the stage with may have displayed more charisma than his painfully-awkward acceptance speech, but having now released two critically-acclaimed albums of ambient electro-soul, 2013 Mercury Prize winner James Blake should be safe from the curse that appears to have struck so many of his predecessors. Indeed, although Suede, Arctic Monkeys and Elbow have gone from strength to strength since picking up the prestigious award, the ceremony has become more renowned for flatlining careers than propelling them. Here are five artists who disappeared back into obscurity virtually the moment their name was read out.

Having previously awarded the prize to mainstream favourites Primal Fear, M People and Pulp, the judging panel decided to go a bit more leftfield for the first time in 1997 by selecting the pioneering drum 'n' bass of Roni Size/Reprazent's debut, New Forms, over the likes of The Prodigy's Fat Of The Land, Spice Girls' Spice and Radiohead's OK Computer. The album went onto achieve platinum status but despite hooking up with the likes of Method Man and Rage Against The Machine's Zack de la Rocha, 2000 follow-up In The Mode sank without trace, while a 2008 remix of the record also failed to reignite any interest in the dreadlocked producer's collective.

The Mercury Prize has become famous for nominating records from the worlds of folk, jazz, classical and world music as a token gesture. But to the surprise of everyone, an artist who fused the latter two genres triumphed over the likes of Blur, The Chemical Brothers and Manic Street Preachers in 1999 when Talvin Singh's reinterpretation of Indian classical music, OK, was given the nod. A William Orbit-esque career path seemed to be on the horizon when Madonna recruited him for her 2000 LP, Music, but his contribution, "Cyber-Raga," was relegated to Japanese bonus track status and the composer/tabla player has barely been heard of since.

Probably the most high-profile casualty of the Mercury Prize curse, Ms Dynamite was hailed as the voice of her generation when her socially-conscious debut album, A Little Deeper, arrived in 2002. But following sales of over half a million and three UK Top 20 hits, her career nosedived when 2005 follow-up Judgement Days forgot to include any trace of a tune and a conviction for punching a police officer in the face made a mockery of her previous calls for peace. She's recently enjoyed a mini-revival by going back to her bass scene roots but she's still regarded as someone who threw all her promise away.

The leading figures of the mid-00s nu-rave scene which also included the likes of CSS, Hadouken! and New Young Pony Club, a clearly inebriated Klaxons made one of the more memorable acceptance speeches after their debut, Myths Of The Near Future, pipped Amy Winehouse's Back To Black to the prize in 2007. But the party may have lasted just a little too long judging by Surfing The Void, a baffling and self-indulgent follow-up which barely sold a fraction of its predecessor.

By far the most unexpected winner in the Mercury Prize's 21-year history, London rapper Speech Debelle was a virtual unknown when her debut, Speech Therapy, was selected in 2009 ahead of Friendly Fires, Florence + The Machine and Bat For Lashes. But despite the mainstream exposure, few decided to investigate any further and with sales of just 15,000 copies, she still remains a virtual unknown.