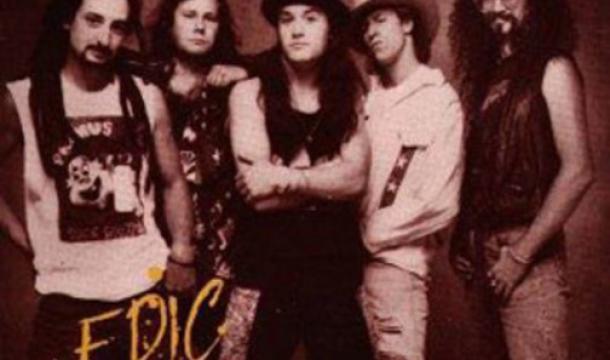 Continued from part three, here's another dive into music's mythic pool of one-hitters with a story to tell. And when we say "one-hit wonder" we mean as far as the Billboard US Hot-100 chart is concerned. We also ponder the reason why the parties behind these hits never ascended the Billboard again, because they're fascinating, and they're like popcorn. You can't just read one of these. Where would our ad revenue be if you did that?

It was the Jimmy Carter '70s, and the Baby Boomers aged into Yuppies and began to notice for the first time that they were finally getting older. This caused panic in the generation that thought they were immortal. Suddenly there was a flurry of interest in healthy living, to clean up after all of that unbridled hedonism of the '60s. Boomers desperately turned to anything they thought would help slow the black hand of impending death - God, Elvis, astral projection, jogging, and of course sunflower-seed tofu wraps. Health food stores became a huge fad, popping up all over like alfalfa sprouts in a rainstorm. Larry Groce was parodying this trend with the bicentennial hit, but never made the top charts again. He doesn't care; he's too busy hosting Mountain Stage to bother with such trivial matters as the Billboard Hot-100.

Jimmy Eat World has continued to release albums, tour, and routinely blow away the US Alternative chart on Billboard. Their most recent Alt Top-40 was "I Will Steal You Back" from the album Damage, dropped just months ago. So don't hassle them with this Hot-100 business, because if the Hot-100 doesn't include Jimmy Eat World, it's the chart's loss, not theirs. In the meantime we will always have our Sears' catalog underwear section parties. But just to say we said it, another reason that Jimmy Eat World might not be showing in mainstream is because the mainstream has a hard time telling them from Weezer.

Reason: That's all that was there.

"Whoomp!" is the penultimate one-hit wonder song, by a band which might as well have had "one-hit wonder" branded on their forehead. Tag Team was a Miami hip-hop group comprised of Cecil Glenn, Steve Gibson, and exactly one idea. After 1993 and the way the song penetrated sporting events with a vengeance, they tried various false starts and eventually released "Here it is, Bam!" in 1994, which charted #75 on the R&B. They also tried an Addams' Family remix, and released a Disney remix called "Whoomp! There it went," also in 1994. That was Tag Team throwing up their hands and admitting defeat right there. Their fourteen and a half minutes were up, and it was back to the gator farm.

Reason: Americans hate being told they can't have something.

Faith No More had thriving chart success in Australia, New Zealand, and the UK, all the way through the '90s. But this song alone caught on in the US, as the MTV generation briefly became fascinated by the flipping fish and exploding piano. This would make sense if they were from, say, Australia, but they hailed from San Francisco, which says weird things about their appeal. Add to this that a huge chuck of the US rock scene seemed to be infatuated with Faith No More; Nirvana, Metallica, Alice In Chains, and Guns 'n Roses all cited them as influences, while Cory Taylor of Slipknot flat out declares that seeing Faith No More at the 1990 MTV Video Music Awards changed his life. With such a Velvet-Underground-level of influence on mainstream American rock, and having plinked the charts in the US Alt category at least, you'd think Faith No More could themselves crack the Hot-100 chart a second time? Nope! We'll have to chalk this one up to flying saucers. Forget it, Jake, it's Chinatown!

Reason: Americans washed their hands of the group.

Is this song about what I think it is? It is??? Eeeeewwww! In the stuffy Puritan US, coming out of the straight-jacket Conservative '80s, it's a rift in the space time continuum that this song made the charts at all. Heck, the only reason it wasn't banned by a Moral Majority mob led by Jack Thompson must be that they were all still too busy in court with 2 Live Crew. As it is, once the rebellion was put down, the Divinyls were never shown in the US again. However, there is that small peak of the concept that women are allowed to acknowledge their own sexuality. It has now been introduced into the stateside mind, a spark of independence that may yet see contraceptives freely available through corporate health care before the end of the century, give or take a couple more civil wars. Various celebrities have paid tribute or cover to the song, including Pink, Ben Folds Five, Weird Al Yankovic, and Eve 6. A few women may keep it on their playlists, right on their Kindle alongside 50 Shades of Gray, which they can enjoy under their burquas in relative peace as long as they don't talk about it. The sisterhood may rise again, yet.