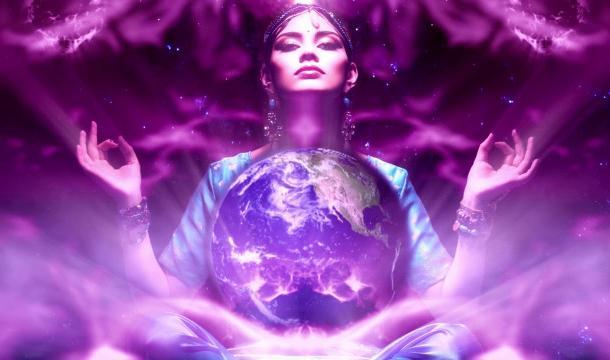 Greetings to my precious cosmic blueberries on Spaceship Earth! I am Penguin Pete, your music blog host today, with a loose theme this year that was supposed to tie into Easter. So we're just passing around interesting music finds and facts at random here, for snack-sized browsing. If you surf music blogs looking for new playlist fodder, you just might find a cool lead or two. Whatever flips your lid.

Worth noting: This year marks the week that Easter Sunday, 4/20 "Weed Wednesday" (cannabis appreciation day for those who celebrate, like me), and Earth Day (Thursday the 22nd as I compose) all fell within a week of each other. Easter, being a moveable feast, seldom cooperates with other holidays so amicably. How's that for omens? 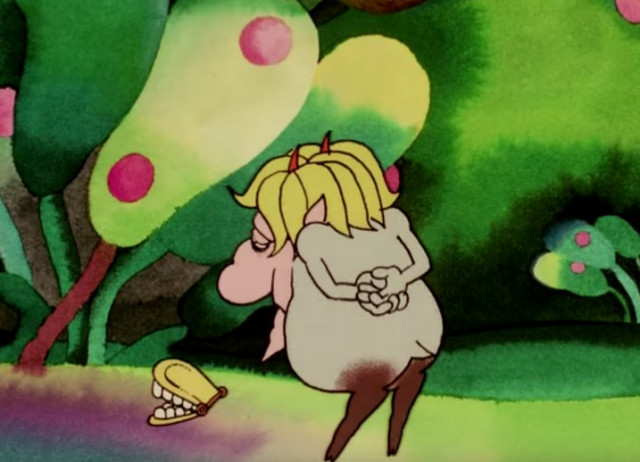 Allegro Non Troppo is a 1976 film directed by Bruno Bozzetto, an Italian animator and director better known for his work animating the European cartoon character Signor Rossi. He conceived Allegro Non Troppo as a kind of answer to Disney's Fantasia, more evident as a cheeky, but loving, parody. For one thing, the live action segments fairly dominate the show, telling the story of the troubled production behind producing a Fantasia knock-off ordered by the studio, all lovingly portrayed in high Marx-Brothers-style slapstick and zany hijinx.

You can currently find it free on YouTube and it seems to be a legit home.

It's nuts, but it's tremendously influential nuts on the European animation scene for decades to come. Light-years ahead of his time, Bozzetto's work is worth a second look, not least of which that this film satisfies your classical music itch while being arguably as enjoyable on a different level from Fantasia. 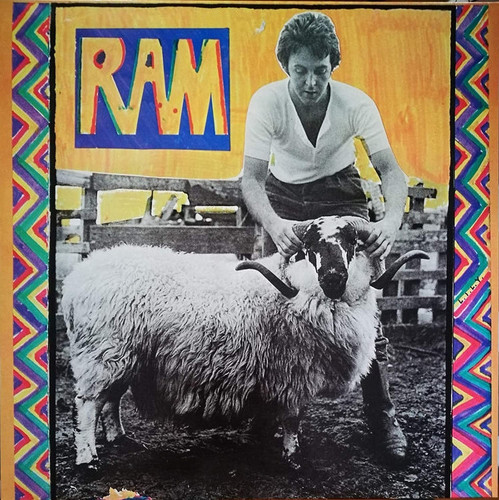 What the Jabbers Was "Hands Across the Water" about?

So… (lord we get tired of referring to this saga) after the notorious Beatles' split, they were all still going through their petty little spats and lawyers phase. Paul McCartney, a true master in the high art of spite, decided to tit-for-tat John and Yoko's post-Beatles work with his own collaboration with his wife, Linda. That is how we got Ram, the only album credited to the hubby-wifey duo. This was before McCartney got over his post-Beatles' crisis and settled down to his Wings years.

A quick listen to Ram will tell you that this wasn't going to be an enduring trend with Paul. Right down to the angry-looking, punkish cover art and the photo on the front showing that Paul would rather pose with livestock than his own wife, Ram exists as a temper tantrum first and a musical achievement second. The entire thing is just a huge middle finger to John Lennon. Critics at the time shredded it. Furthermore, as far as actual artistic merit, Ram is filled with the most painful shortage of ideas. Songs are just bits and pieces, sometimes spliced together. You can sense Paul McCartney without his creative muses present desperately scrabbling for ideas worth doing on this momentous event. We're talking The Spaghetti Incident levels of desperation. Whatever Linda McCartney contributed to the songwriting, she's far from capable of shouldering the burden in Ram and luckily stepped back to keyboards when the rest of Wings formed around her.

On the other hand, vocally, this was Paul McCartney at his peak, so the songs are still oddly listenable even if they amount to nothing more than something he might idly sing in the shower. The whole album has this alternate universe feel to it, like an artificial intelligence was fed Yellow Submarine and tried to emulate it. It's full of McCartney's trademark studio tricks, with sophisticated track mixing, sound effects, and the kind of experimental dorking around that he'd been up to on Abbey Road.

Thus the case with "Uncle Albert/Admiral Halsey," a song you will not recognize until the chorus kicks in. That sudden joyful burst of "hands across the water; hands across the sky" sounds like it should be a call for global unity, perhaps a mildly Earth-Day-ish message. But what was this all about? Who were Uncle Albert and Admiral Halsey? They're just two random people; Albert Paul's own uncle, Halsey some US Admiral Paul apparently plucked out of a newspaper article over his morning biscuits and beans. There's that.

The supermarket is Market Basket, and apparently the store muzak that plays over shoppers' heads got so popular that they released a Spotify playlist about it. The title, "MB Store Songs CD," implies that they wanted to cut an album, but licensing the songs individually would have been too much of a hassle.

So what is on this groundbreaking list? Just your standard top-40 oldies from past decades you would expect, in what I would call the "Generation X / late Boomer mix." Billy Joel, Elton John, some Bangles, some Wang Chung, and so on. The kind of list where you know Toto's Africa is there, and then sure enough it's #1. All of it so radio-friendly that you've likely tuned it out consciously over the years.

As the news article explains, this started out as an April Fools Joke and then they said "why not do it for real?" when they saw how popular it was. And you have to hand it to them: who knew Market Basket even existed?

Till next time, stay grounded to Mother Gaia!