If You Love It So Much, Why Don't You Marry It? 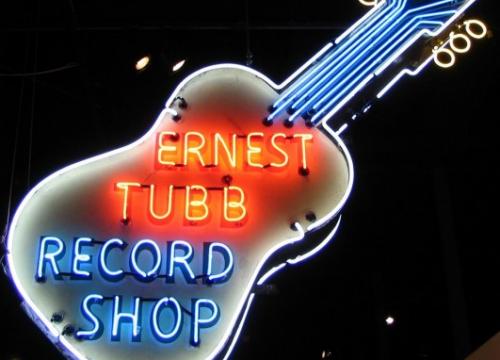 Rock stars name their guitars. Why don't they name their pianos or their drum kits? We try to track down research studies on questions like these, and what do we find? Nothing, that's what. It's always up to us, isn't it?

Our theory is that guitars are very personal, because you carry them around. And because guitars have such a direct tactile feeling when you play them - it can take years to find a guitar that feels just right. So when you find one and get it set up exactly how you like it, you bond with it. Computer geeks give their rigs names too, although this has a practical purpose in finding the box on a network - it needs some kind of identifier. But we digress.

Here's as many of the most famous named guitars as we can chase down:

The Old Boy and The Monkey - Gibson SGs of Black Sabbath's Tony Iommi.

The Duck - Swedish guitarist Yngwie Malmsteen's first 1972 blonde Fender Stratocaster. Named because of its yellow color and the Donald Duck sticker he put on it as a kid.

Arm the Homeless and Soul Power - Rage Against The Machine plucker Tom Morello, who also hails from Audioslave. "Arm the Homeless" has just that written across the front.

El Diablo - Gorillaz' bassist Murdoc Niccals, who explains that the devil gave him this guitar. And all these years we thought Santa brought the presents...

Karloff and Bandito the Bongo Bandit - Two rigs of Raymond Scott's, whom you will recognize mostly as the musician whose tunes ended up in Warner Brothers' Looney Tunes and Merrie Melodies cartoons.

Frankenstrat - Eddie Van Halen's Stratocaster, named because it's made from pieces of several other guitars. It's common to call anything made from parts a "Franken-"something.

Rickenbastard - Only Motorhead head Lemmy Kilmister is cool enough to own a Rickenbacker bass named this. If anybody else tries to pick it up and hold it, it's trained to growl and bite their fingers.

The Green Meanie and Evo - Customized guitars owned by progressive rocker Steve Vai, whom is known for his work with Frank Zappa and David Lee Roth. "Green Meanie" might be a reference to the "blue meanies" from The Beatles' film Yellow Submarine.

Old Black - If you need us to tell you that this is Neil Young's guitar, we're going to cry like a little baby.

Red Special - Belongs to Brian May of Queen fame.

Blue - Billie Joe Armstrong of Green Day, wiht his name for the only guitar he's ever owned. We hope its insured.

Lucille - BB King's Gibson guitar, of a model reminiscent of the ES-355. This one comes with the best story: King was performing at a hall live with the guitar when a fire broke out, triggered by two men fighting over a woman. King evacuated with the crowd, then realized he left his guitar so he ran back into the burning building to save it. Upon finding out that the woman the two men were fighting over was named Lucille, he adopted it as the name of his Gibson, too. And he even wrote a song about this by the same name!

Honorable mention: Woody Guthrie's famous guitar which had "this machine kills fascists" scrawled all over the front. It did not have an actual name that we've found.