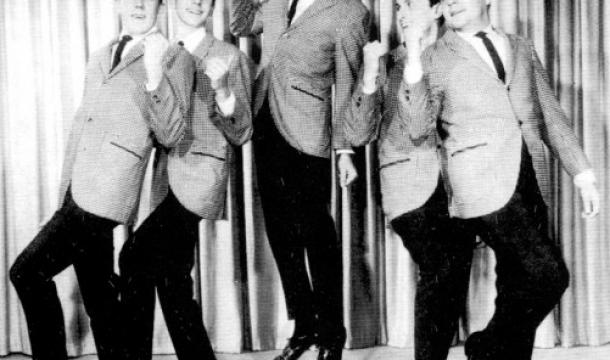 Lou Reed shocked, SHOCKED that the NSA does its job

Who would have thought we could get Lou Reed to start commenting on the news? We'll take Rolling Stone's word for it - pardon us, but we're never trusting The UK Guardian again if it says that the ocean has water in it - that Reed is reacting to the hoax of the century the way you'd expect a man to when he's 71 and crawling back from having a major organ being snipped and replaced. Give it about a week until the stitches heal and the post-op codeine wears off, he'll be back to his usual sharp-minded self.

Kanye West and Kim Kardashian have baby, give it funny name

West and Kardashian - which one sings again? We forget - announced their new bundle of joy and decided to name her "North West." And you thought the prophet Frank Zappa, peace be upon him, gave his kids funny names.

Slim Whitman, country and western singer, passed away at the age of 90 on June 19 of this year. He had a long, remarkable career, releasing albums from 1952 all the way to 2010. While his only Top-40 Billboard hit was "Indian Love Call," #9 in 1952, he charted consistently on the country charts every decade up to the 1980s.

We lost two Rolling Stone alumni in the same week

There's Chet Flippo, Rolling Stone reporter and editorial director for CMT channel and CMT.com, at age 69 on the 19th. Then Michael Hastings, reporter for Rolling Stone and Newsweek, among others, at 33, on the 18th. Hastings' passing drew some ink for having gone in a car crash in LA, and for a brief rumor that he'd been investigated by the FBI that later turned out false.

U2 throws a benefit concert for poverty

The always politically-conscious U2 kicked off the One Campaign on a New York rooftop. Taking after the Beatles, they kept the performance low-key and before anybody asks, they're on about world poverty, where whole countries with names most Americans couldn't find on a map have a GDP below US-standard poverty lines. So don't expect it to help with your student loan check.

It was the final doo-wop charter before the great Beatles era began. June 15th marked the 50th anniversary of "Denise" hitting #10 on the Billboard Hot 100. It was to make Randy & the Rainbows a one-hit wonder. They tried once more in 1963 with "Why Do Kids Grow Up," but the Beatles invasion was in full swing and the Queens, New York group charted a measly #93 and called it quits. Here they are, just to gaze upon how far we've come in a half-century: