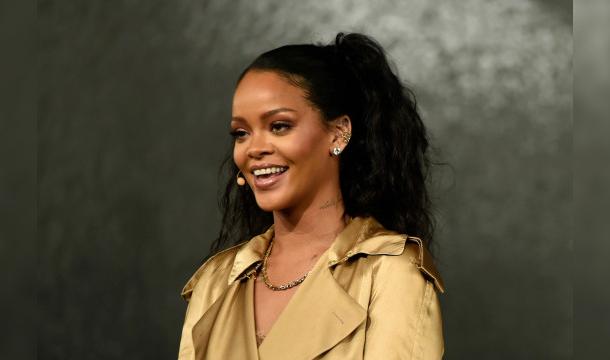 What is it about Rihanna? Female R&B singers are practically a dime a dozen, and they come and go like Twitter memes. Yet there's Rihanna, year after year, always on the front lines. What is it that sets her apart from the herd?

Rihanna is a very prolific artist

For one thing, she works like a maniac, close to an album per year. It's only been short of two decades since her debut, yet she's already sold over 250 million records! Do you know who's sold fewer records to date than Rihanna? Nobody special, just Eminem, Garth Brooks, U2, Billy Joel, Aerosmith, and Frank Sinatra. Yeah, that's a couple decades' work. She's human Red Bull.

But for another thing, the girl has style. She's reinvented herself a couple of times, and she's not afraid to get dark and edgy instead of staying all happy-faces and sunshine like most female R&B artists. She's made songs about rape and domestic violence.

Her song "S&m" got banned in eleven countries, and it was just sticks and stones to her. So she can take the heat, and dish it out too.

Naturally, she's a pop culture phenomenon. Along her career path, she's inspired some creative people to go explore new niches. That's what we're here for today: Not Rihanna herself, but to visit some artists who have covered here.

For all of you who were hiding in a cave when it came out, Rihanna's "Bitch Better Have My Money" has nothing to do with AMG's rap song "Bitch Betta Have My Money." Now that that's clear, American-Idol-bred Kelly Clarkson popped into BBC radio to do this version. And it's such a different song when it's played on lounge-lizard piano and apple-pie vocals, compared to Rihanna's gritty vocals over a video where she's shown in a barn going all Medieval on the victim's ass.

Sorry to be so redundant. This one's just here because it's Korn, who has cajones of iron to even dare open their mouths in the presence of Her Majesty. The video keeps going up and getting taken down again, so you'll just have to chase the bootlegs around. What does Korn even do? We forgot. Don't they grow produce or something? Rihanna's only response to this should be to just put on a Samuel L. Jackson wig and favor Korn with a snarling "I don't remember asking you a god-damned thing."

No, we kid, we love Korn, we're just yanking your chain.

Back to the BBC radio Live Lounge, our favorite Martians also took a turn at Rihanna. And you have to respect, they do her song justice. They're one of the few bands with a soul deep enough to capture Rihanna's spirit, at least for three minutes of singing.

Well, we wanted to include one thing you haven't found on your own yet. This was viral a couple years ago in the states, because Yanks <3 their troops. Alright, he also sings it pretty good for a grunt.

Aanysa is was just getting a career started at age 15 when this came out. Anyway, this cover blows us away because it's a cappella. For those of you without powdered wigs, "a cappella" means "without any musical accompaniment," just using your pipes. Which takes a lot of guts, and yet, it's just perfect for this song. Because doesn't it sound like a Southern Baptist Gospel song already? Which, by the way, is where Aanysa got her start.

Kanye's and Rihanna's ties go a long way back, and this remix of "Diamonds" is just a great milestone in their respective careers. And let's never mind the rumors of affairs with Kanye - a girl can have an artistic relationship with fellow artists and it's all in the creative sphere, OK? You all just want her to bounce back from that Chris Brown thing.

Aw, who are we kidding? You're here to soak up as many "BBHMM" versions as you can, right? Well, by popular social media tallies, this is currently the most popular remix of the song out there. Gent & Jawns' bass boost, the shotgun delivery, and sounding even harder than the album release, it all makes for a jammin' take on Rihanna's original.

Rihanna has been on hiatus since 2018

Your humble author freely admits: (a) This is the kind of music blog post you only dash off on Friday afternoon, (b) I'm trying to use blog buzz voodoo to prod her out of hibernation, and (c) I'm partly just interested in her because of another project I'm working on about a notably wealthy female celebrity, as follow-up to my video movie review debut. Last we heard was an album contract signed a couple years ago with Sony/ATV. Something has to come out pretty soon. Clap your hands and say "I believe."