The 11 Best Quotes About Music (and one that's misunderstood) 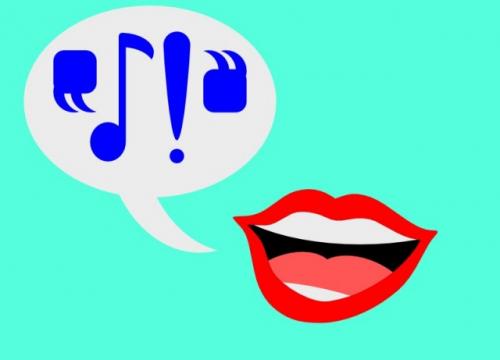 NOTE: We're trying everything we can to only post quotes that can be nailed-down verified. You know what the Internet does to quotes. So if there's a quote missing that you think should be here, it was either unverifiable or widely misquoted / misattributed.

"Those who dance are considered insane by those who cannot hear the music." -- George Carlin, from his book Brain Droppings

"Music expresses that which cannot be said and on which it is impossible to be silent." -- Victor Hugo, French poet and playwrite, in his 1964 essay William Shakespeare

"If I should ever die, God forbid, let this be my epitaph: The only proof he needed for the existence of God was music." -- Kurt Vonnegut, in the article "Vonnegut's Blues For America", Jan. 7th 2006, Sunday Herald

"A painter paints his pictures on canvas. But musicians paint their pictures on silence. We provide the music, and you provide the silence." -- Leopold Stokowski, during a 1967 performance at Carnegie Hall

"You're like a song that I heard when I was a little kid but forgot I knew until I heard it again." -- Maggie Stiefvater, author, Lament: The Faerie Queen's Deception

"Have you ever heard somebody sing some lyrics that you've never sung before, and you realize you've never sung the right words in that song? You hear them and all of a sudden you say to yourself, 'Life in the Fast Lane?' That's what they're saying right there? You think, 'why have I been singing 'wipe in the vaseline?' how many people have heard me sing 'wipe in the vaseline?' I am an idiot." -- Ellen DeGeneres in her book My Point...And I Do Have One

"I never liked jazz music because jazz music doesn't resolve. But I was outside the Bagdad Theater in Portland one night when I saw a man playing the saxophone. I stood there for fifteen minutes, and he never opened his eyes. After that I liked jazz music. Sometimes you have to watch somebody love something before you can love it yourself. It is as if they are showing you the way." -- Don Miller, in his 2003 book Blue Like Jazz: Nonreligious Thoughts on Christian Spirituality

And the misunderstood one:

"Writing about music is like dancing about architecture." -- Frank Zappa, Laurie Anderson, or various others?

As much as we love Laurie Anderson and The Zappa around here and it certainly sounds like something either one of them would say, we've found arguments against attributing this one to anybody at all.

You see... meet your new best friend, The Quote Investigator, a site which doesn't get recognized nearly as much as it deserves. They posted about this supposed quote and turned up a good evidence trail. To put it simply, the quote is actually what we call a "snowclone", a phrase that is often used as a template for jokes, memes, and parody. You know how The Simpsons fans respond to every new insect discovery in science news with "I, for one, welcome our new insect overlords" and Monty Python fans can't change a dead lightbulb without imitating the "Dead Parrot Sketch"? Same deal.