Could Your Media Pass the Bechdel Test? 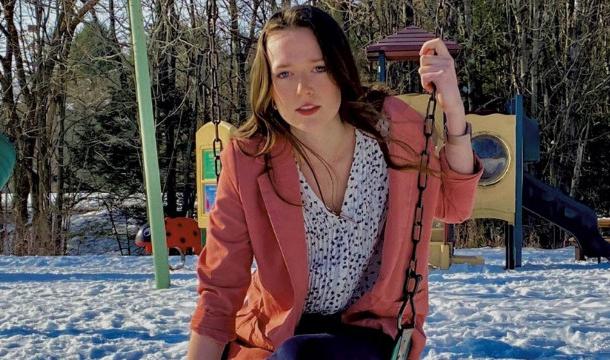 Ophelia Magazine is a charming web-borne publication which covers general pop-culture type stuff, but we couldn't blame you if you thought it was restricted to feminist culture. They have a nice song review about rising indie pop star Isabel Pless, with her latest single "Bechdel Test."

Isabel Pless, as that review notes, is incredibly plugged-in to her Gen-Z audience. You can see this in details like how she reflexively uses "google" as a verb, without making a big thing about it. From this Generation Xer point of view, try to appreciate that we put up with three decades of not being able to mention a single word about computers without everybody around us braying "COMPUTER NEEEERD!" 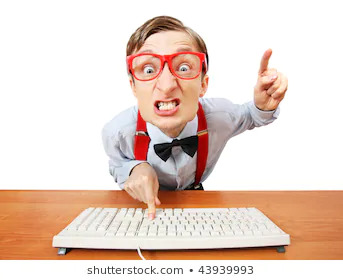 Right up until the 2010s, using the Internet automatically nailed a pair of giant glasses to your face. Overnight, as soon as Generation Z took over the reigns to pop culture, it became "Yeah, I googled that." No transition.

So we're talking to Generation Z, but then there's a curious anachronism here: The song title itself and its reference in the lyrics. Most likely, fans will be googling this to find out… 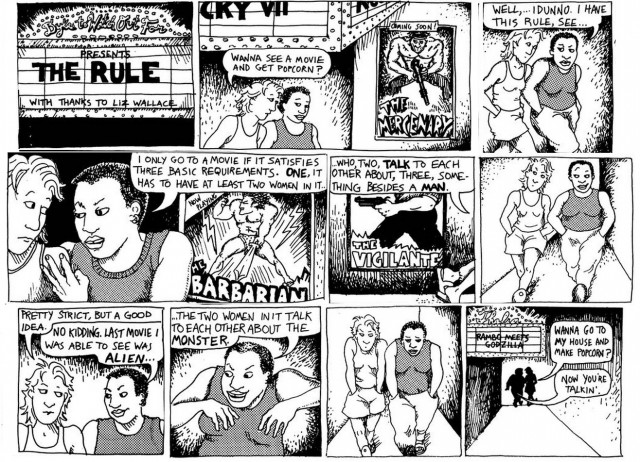 What is the Bechdel Test?

We start with a very funny, but very niche, comic strip called "Dykes to Watch Out For." It was authored by Alison Bechdel, and if this is your first time hearing about her, I envy you the discovery of this witty artist. But first, the test is a test of media, usually directed at movies. Bechdel introduced it in a comic strip, which took off and "went viral" in a pre-social-media sense. To pass the Bechdel Test, a movie must:

So simple, you think "How could this be hard?" Well, try it out! Look at it this way: The majority of most popular film franchises fail the Bechdel Test flat out. Mostly they have a sausage-fest of testosterone with one female as "the chick." She's the damsel in distress while a male hero rescues her. If a movie has two major female characters, they spend most of their time talking about the men in their lives. Even "chick flicks" (exhibit A, exhibit B) are mostly devoted to relationships with men.

Even TV shows with two female cops can fail the Bechdel Test if they only talk about how to catch the male perpetrator. Even a movie like Silence of the Lambs, with one of the strongest, most 3-dimensional lead female characters ever created, barely squeaks by on a technicality. In fact, many scenes make a point of underscoring Agent Starling's navigations in "a man's world."

Before you bust your brain, other pop culture scholars have done the work for you. There's a whole site devoted to discussing movies and whether they pass the Bechdel Test! Sadly, it's very "Web 1.0" and so far as I have discovered, lacks a search feature.

The fame goes on from there: "Bechdel Test" is an official entry in the Oxford English Dictionary as of 2018. TV Tropes natters on some more about it. The test has long escaped the cartoonist whose name it bears and gone on to invade cultural studies at every level, including spawning several variants for other marginalized groups.

The Larger Cultural Implications of the Bechdel Test

First of all, there's the obvious disparity between how we portray relationships on TV and how they work in real life. The LGBT(IAQMNOP+&%?) community has always been marginalized. So much of our popular media revolves around male-female love and het-normality, it's really tough to just find any kind of representative of yourself in pop culture.

You don't even have to be gay to get brushed off into the margins. Women, also, face a diminished role in pop media. So few strong female characters who forge their own destiny, and so many women who are nothing but a man's accessory. I don't have to soapbox you about it here; it's a raging war on social media that shows no sign of abating.

This still happens today! Look at how awkward Hollywood is when they try to gender-swap their usual fare… 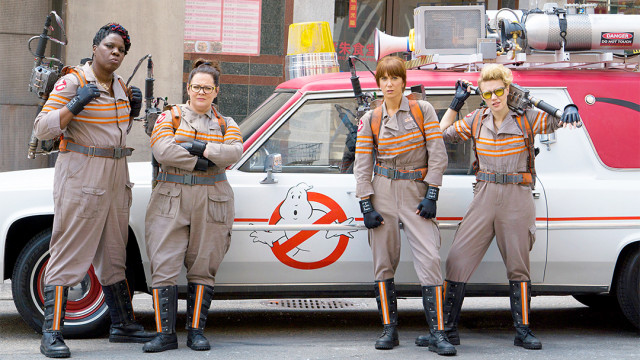 The biggest problem is that mega-corporate studios will absolutely not take a chance on a niche audience. Don't blame the writers or directors or actors. Even stories that had no love interest originally will have meddling executives that charge in and say "Our market panel focus group said this hero needs a babe - write one in!"

In Isabel Pless' case, when she talks about watching movies that fail the Bechdel Test, it's like she feels guilty for not being a good feminist. But then she tempers that with saying they're all pirated - so at least she;s not giving more to chauvinist-het culture, right? 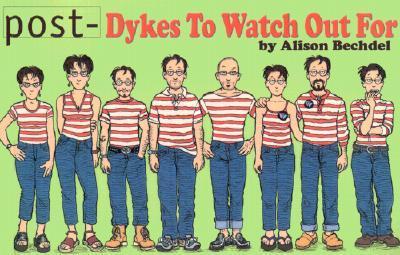 How does a comic like Dykes to Watch Out For come along? It started in the 1980s and was one of the underground comix to find publication on the alternative newspaper circuit. This same fertile ground gave rise to misfit geniuses such as Robert Crumb, Matt Groening, and Bill Griffith. Bechdel's strip was syndicated in LGBTQ publications and humor publications alike.

Dykes to Watch Out For lasted some 25 years before Bechdel respectfully put it aside to work on graphic novels and other pursuits. In the 2000s her mainstream break-out hits were Fun Home and Are You My Mother?, the former adapted into a Tony-award-winning stage musical in 2015.

It is kind of annoying having a throwaway gag you made one time follow you around for the rest of your life, so Bechdel today plays down the infamous cultural test that bears her name. In her off-time, you'll also find her on the staff of an alternative news weekly Seven Days - just like old times!

And now you know the rest of this song's story! Seriously: It took an obscure underground comic to point out the most glaring cultural shortcoming of our time?